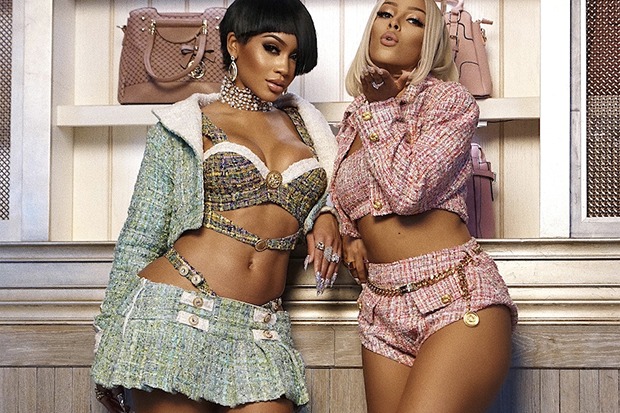 Breakout rappers Saweetie and Doja Cat join forces for a raucous banger called “Best Friend,” the latest single from Saweetie’s forthcoming Pretty Bitch Music. Given their solo hits, it shouldn’t come as too much of a surprise that their collaboration is absolute fire. “That’s my best friend she a real bad bitch, got her own money,” the “Say So” chart-topper begins the song. “On the dance floor she had two, three drinks, she twerking she throw it out and come back in.”

Saweetie then steps up to the mic to hype Doja. “That’s my best friend she a real bad bitch, drive her own car she don’t need no Lyft,” the 27-year-old spits. “In the strip club know my girl gone tip, now she twerking throw it out and come back in.” That gives you a fairly good idea of what’s to come. They compliment each other and soundly put the haters in check. For the full “Best Friend” experience, check out the Dave Meyers-directed video below. Saweetie twerking on the top of a moving vehicle is a sight to behold.

The Rise & Rise Of Saweetie
END_OF_DOCUMENT_TOKEN_TO_BE_REPLACED