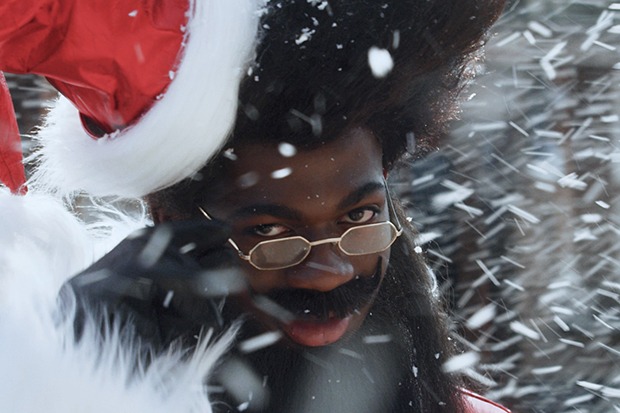 After conquering the music world with “Old Town Road” (it spent a whopping 19 weeks at number one on the Billboard Hot 100), Lil Nas X quickly dropped an EP called 7 and then pressed pause. The rapper is finally ready to relaunch and he’s doing it in style. Last night (November 8), the 21-year-old teased the visual for a new single called “Holiday.” In it, Nas rides into town on his horse to find Santa being thrown out of a saloon. He picks up the jolly gent’s famous red hat and suddenly takes on the role of international cheer-bringer.

The visual looks glossy, expensive and extremely fun. “Just wanna say I’m beyond thankful for the love the ‘Holiday’ trailer is getting,” the hitmaker tweeted. “It’s scary as hell releasing new music after not dropping for a long time, but I know for a fact y’all finna LOVE THIS SONG & THIS ALBUM!.” Later on, Nas hinted at another surprise. “Should I drop ‘Call Me By Your Name’ with it too? a lil 2 pack?” he pondered aloud. Of course, the rap superstar is referring to an unreleased song he has previously teased online. See the “Holiday” trailer below.