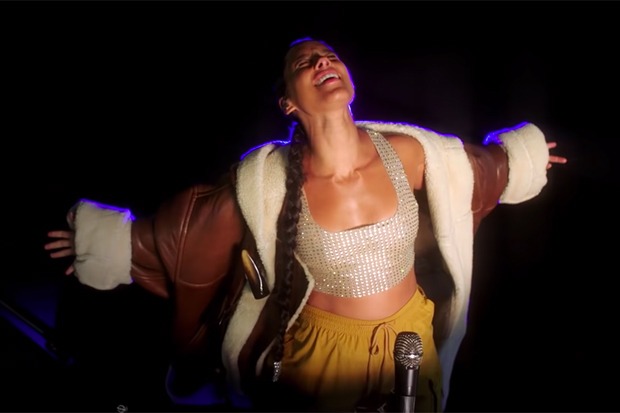 The 2020 MTV European Music Awards were held last night (November 8) — despite the fact that most of the performers were quarantined in the US. Not that it matters when artists are willing to go the extra mile to put on a good show. That definitely applies to Alicia Keys. The R&B superstar stole the show with an elaborate rendition of “Love Looks Better,” which found her performing the song on the back of a truck that drove (slowly) down the streets of Los Angeles. She even delivered flawless vocals while wearing a sequined mask.

Co-written with Ryan Tedder, “Love Looks Better” ranks as one of the many highlights on Alicia’s self-titled 7th LP. “All I ever wanted, was a dollar and a chance,” the 39-year-old begins the song over upbeat production. “Find out what I’m made of.” Alicia then turns her attention towards matters of the heart on the chorus. “Can we touch for a second? Be us for a second,” the 15-time Grammy winner belts. “Don’t matter what I give it to, my love looks better on you.” Watch Alicia’s stunning MTV EMAs performance below.