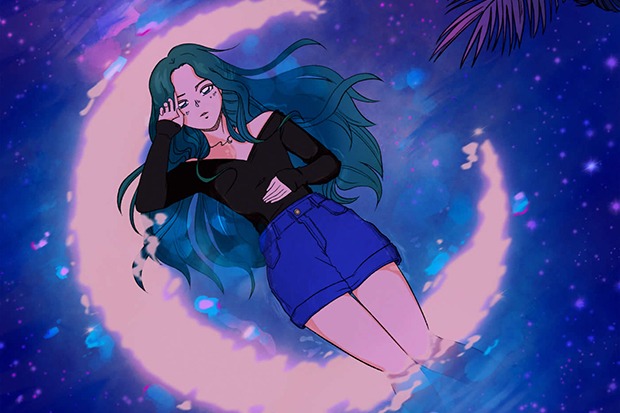 Au/Ra is known for crafting bone-rattling, electro-pop bangers. Which makes her decision to cover “Moon River,” a ballad famously performed by Audrey Hepburn in Breakfast At Tiffany’s, something of a surprise. In the 18-year-old’s hands, “Moon River” becomes darker and more mysterious. “Moon river, wider than a mile,” she begins over a minimal arrangement. “I’m crossing you in style someday.” From there, she continues to add nuance and depth to a standard that has been covered by everyone from Judy Garland to Frank Ocean.

What prompted the cover? “I’ve always loved this song, especially the version sung by Audrey Hepburn in Breakfast at Tiffany’s, and it’s something I’ve always wanted to do my own rendition of,” Au/Ra reveals in the press release. During quarantine I thought ‘why not give it a try?’ It was something I just wanted to do for fun with my dad, but we ended up liking it so much that we wanted to make it an actual release for listeners.” Watch Au/Ra’s mercurial “Moon River” visualizer below.