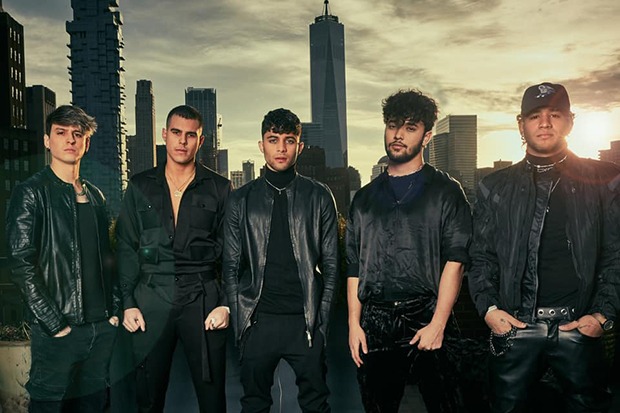 Last month, CNCO introduced their upcoming album of Latin-pop covers, Déjà Vu, with an update of Ricardo Montaner’s “Tan Enamorados.” The Latin boy band now makes their English-language debut by putting their spin on Enrique Iglesias’ 2001 mega-hit “Hero.” It’s always dangerous to tinker with a classic, but the quintet does the soaring ballad justice with their sweet harmonies and faithful adaptation. As usual, CNCO goes above and beyond with the visual, channeling Backstreet Boys in the Carlos Perez-directed blockbuster.

“At the beginning of quarantine, we took some time off after being on the road for the past few years,” CNCO says of Déjà Vu. “We were all able to reconnect with our families and have time to think back on all we’ve accomplished, and what kind of music inspired us to get here. There was a collection of songs that immediately came to mind, these romantic ballads that we all love to sing along to. While we take some time to work on our own original songs, we decided to have some fun and bring back some of the classic songs from the past.”

Fall in love with CNCO’s version of “Hero” below.