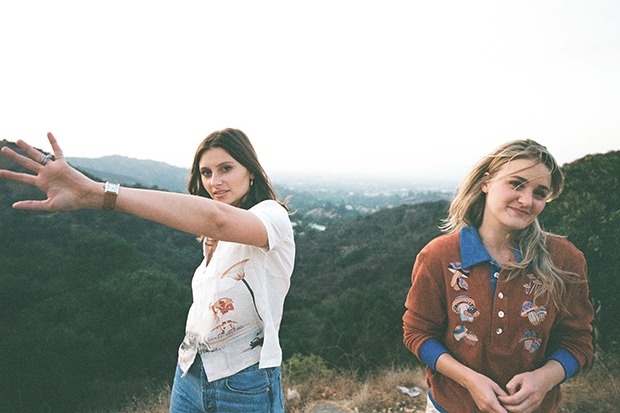 A couple of weeks ago, Aly & AJ returned with a dreamy love song called “Slow Dancing” — the lead single from their long-awaited fourth album. “It’s been days and weeks and months, feels like forever since I saw you,” the iconic duo begins the mellow anthem. “I’m forgetting how you felt now, I’ve never had this much time on my hands.” That takes us to the lovely chorus: “I don’t need anything fancy, I just need me and you slow dancing… heaven’s here it’s right where you’re standing.”

The visual for “Slow Dancing” arrives today (December 16) and it’s a true DIY affair. Filmed at their mom’s ranch in Santa Ynes, the clip makes use of whatever they could find including their mom’s truck and horse. Aly & AJ even did their own hair and make-up. “It’s been 13 years since we released a full album, and we ended up with more material than we ever expected,” AJ reveals in the press release. “Aly and I can’t wait to release the full album, but we plan on doing it a little differently than we have in the past.” Watch the visual below.