The Most Underrated Pop Songs Of 2020 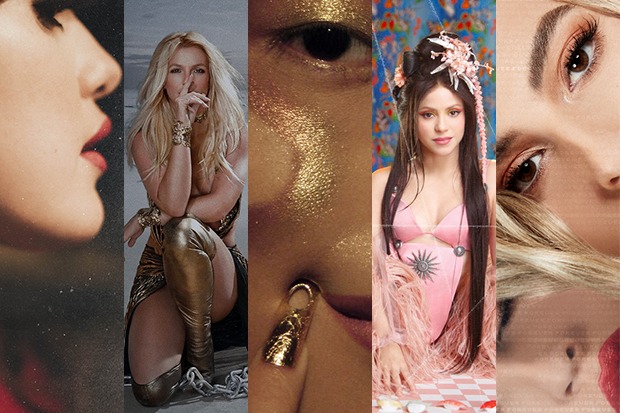 It’s that time of year! Every December, editors around the globe start putting together their year-end lists. Equal parts intriguing (it’s amazing how short a song’s shelf-life can be) and infuriating (picking your favorite child is probably easier), the process tends take over your whole life — at least, for a couple of weeks. Which is why I’m starting with something less contentious than best albums or singles. Instead, I turned my attention to 2020’s most underrated pop songs.

To make the list, a song had to be released (or promoted) as a single and not perform as well as it deserved commercially. That doesn’t mean it wasn’t a hit. For example, BLACKPINK and Selena Gomez’s “Ice Cream” racked up hundreds of millions of streams and peaked at number 13 on the Billboard Hot 100. Given the hype and quality of the product, the banger should have been a top 10 hit. As usual, take the rankings with a grain of salt. All 25 entries on the list are perfect pop songs.

Sweden’s Elliphant returned after a four-year hiatus with a steady stream of bops including “Uterus” and “Had Enough.” The highlight, however, was the gloriously nostalgic “Time Machine.” Play it loud.

When it comes to underrated pop artists, Elly Duhé is top of the list. In 2020, she continued to quietly churn out great music including this gorgeous mid-tempo electro-ballad. Her time will come.

After disappearing for the best part of a decade, Annie bounced back with a gloomy electro-pop anthem called “American Cars,” which was inspired by David Cronenberg’s Crash. Need I say more?

Crafting a collaboration that finds the sweet spot between club beats and pop hooks is no easy feat, but Y2K and JoJo make it look easy with the infectious “Damage Is Done.”

Like many artists, Elle King recorded new music in quarantine. Her In Isolation EP ranks as one of the year’s best thanks to the inclusion of a harrowing ballad called “The Let Go.” This is still a sync or TikTok user away for being huge.

In some ways, “Ice Cream” was a massive success. It cracked the top 20, becoming the K-Pop group’s biggest hit to date, and racked up more than 500 million YouTube views. However, a song this catchy deserves the top 10. At least.

At a time when minimal production and breathy vocals are hot, Dagny opts for over-the-top production and a massive, Eurovision-worthy chorus on “Somebody.” Which is an instant rush of happiness.

Every cut on Troye Sivan’s In A Dream EP demands reappraisal, but “Easy” — an insightful and unusually honest synth-pop anthem about cheating — stands out as the kind of song that will continue to grow in our collective consciousness for years.

In April, Lennon Stella casually rolled out of the year’s best albums. Three. Two. One. is an eclectic, filler-free collection including poetic, gut-wrenching bops like “Fear Of Being Alone.”

Pop fans really did Katy Perry dirty in 2020. She gave us a flawless era during the middle of a global pandemic while heavily pregnant. The least you could have done was download a serotonin-raising tune like “Smile.”

Becky G releases music so prolifically that it can be hard to keep up. At the top of the year, she dropped a loved-up bop called “They Ain’t Ready” that rivals “Shower” as her catchiest English-language offering to date.

“Lento” was one of the many songs that had the misfortune of dropping at the start of the COVID-19 crisis. It’s a shame because Latin pop doesn’t get any slinkier and sultrier than this.

An infuriatingly catchy bop about drowning your sorrows, Cyn’s “Drinks” was championed by Billie Eilish as one of the year’s best pop songs. If only more people heard it.

German pop queen Kim Petras channels ’80s Madonna and Prince on the sun-drenched, ruthlessly upbeat “Malibu.” It should have been her commercial breakthrough.

In the ’00s, “Loyal Brave True” would have been a massive top 10 hit for Christina Aguilera. Tastes have changed, however, and power ballads no longer get played on pop radio. Which is really our loss as music fans.

Poor Niall Horan. His sophomore LP literally dropped the week the world shut down. After rocking out on “Nice To Meet Ya,” the Irishman delivered a summery bop called “No Judgement” that stands toe-to-toe with any release by a male pop artist in 2020.

The Pussycat Dolls really have some nerve. Imagine returning after 11 years with a flawless banger like “React” and then disappearing again. Hopefully, they re-relaunch in 2021.

At its core, Sasha Sloan’s “Lie” is an unbearably sad song about choosing delusion over real affection. However, she dresses it up with upbeat synths and a one-listen-and-you’re-hooked chorus.

In some ways, Rina Sawayama is proof that there’s still a thirst for boundary-pushing pop. A perfect example is “XS.” If Britney ever collaborates with Sophie, it would sound a little something like this.

5. “Swimming In The Stars” — Britney Spears

Speaking of the legendary Britney Spears, the pop icon randomly opened the vaults in 2020 and dropped a Glory off-cut called “Swimming In The Stars.” The fact that an electro-ballad this pretty gathered dust for four years still beggars belief.

I’ve lost count of all the good songs Faouzia has released this year, but one shone a little brighter than the rest. “How It All Works Out” is a wonderfully cynical love song. Her hopes aren’t high, but she’s willing to go along for the ride. At least, for now.

Latin superstars Shakira and Anuel AA unite on this absurdly catchy riff on Inner Circle’s “Sweat (A La La La La Long).” Throw in a glamorous video and you have a surefire crossover smash. Radio really slept on this.

Every song from FLETCHER’s The S(ex) Tapes deserved a spot on this list, but “Forever” gets special consideration because it didn’t even make the cut of the EP. This is of the year’s most honest and captivating pop songs.

Of all the songs released in 2020 that deserved to find a bigger audience, Selena Gomez’s “Boyfriend” comes out on top. This undeniable banger about — you guessed it, wanting a boyfriend — is a complete rush. Clever lyrics, quirky production and a thoroughly demented visual make this something of a lost pop classic.