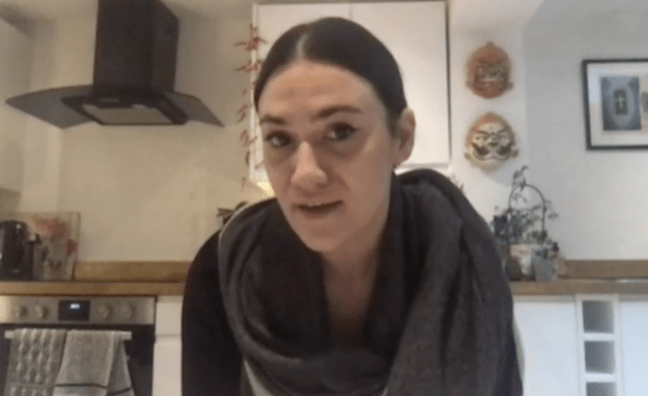 It’s been over a year since Tom Gray started his #BrokenRecord campaign, highlighting the sharp inequalities of streaming economics, thrown into focus in the face of the Covid-19 pandemic that shut down the live circuit, and more than seven months after the first evidence session of the DCMS Committee’s inquiry into the economics of streaming, the report is in, and has been submitted for consideration to the UK government.

“Streaming needs a complete reset,” is the report’s conclusion. The committee of MPs has recommended that government ministers should urgently address “fundamental, structural problems within the recorded music industry” with the involvement of the Competition & Markets Authority in a full market study into the majors labels dominance report Music Week.

Artists and songwriters such as Nile Rodgers, Fiona Bevan, Nadine Shah and Guy Garvery gave honest and compelling evidence during the hearings about the impact of streaming, particularly the financial effect on younger music creators. Despite some efforts by labels and trade bodies such as the BPI to provide an alternative perspective (largely based on the idea of consumer preference), the report calls for comprehensive reform to redress the balance for songwriters, performers and composers and backs a system of equitable remuneration.

Tom Gray, founder of the #BrokenRecord Campaign reacted to the report:

“The report brilliantly and coherently cuts to the chase: the music industry has a serious problem. Profits are soaring, margins are better than ever, the value of the once piracy-blighted industry is forecast to eclipse anything seen in our lifetimes within a decade, but performers and songwriters are being left well behind.”

“As we’ve repeated, rather like a broken record, it’s a failing market where corporations have little incentive to share their extraordinary profits with the architects of their success, musicians.”

“This goes to show that when artists come together and speak honestly about our experiences and those of our peers, our politicians can easily surmise the reality – the public too. This is not about getting more money for wealthy musicians, that mythology ought to be long dead. This is about preserving a national treasure into the future: our extraordinary, diverse British musical talent.

The report brilliantly and coherently cuts to the chase: the music industry has a serious problem.”

Committee chair Julian Knight MP said: “While streaming has brought significant profits to the recorded music industry, the talent behind it – performers, songwriters and composers – are losing out. Only a complete reset of streaming that enshrines in law their rights to a fair share of the earnings will do.

“However, the issues we’ve examined reflect much deeper and more fundamental problems within the structuring of the recorded music industry itself. We have real concerns about the way the market is operating, with platforms like YouTube able to gain an unfair advantage over competitors and the independent music sector struggling to compete against the dominance of the major labels.

“We’ve heard of witnesses being afraid to speak out in case they lose favour with record labels or streaming services. It’s time for the government to order an investigation by the Competition and Markets Authority on the distortions and disparities we’ve uncovered.”

We have real concerns about the way the market is operating.”

Here are some of the key recommendations of the report include:

1. Even successful artists are seeing pitiful returns from streaming

The excellent #BrokenRecord campaign headed by Tom Gray can claim a victory in getting the committee to back the proposal for equitable remuneration of streaming. Equitable remuneration is a performer right where performers (including non-featured performers such as backup singers) have a statutory right to share in recording revenues of a song, regardless of their royalty rates and their outstanding debts.

“It does what it says on the tin, it’s equal pay for equal work,” said Gray of his campaign for equitable remuneration during the inquiry. “[But] the big, powerful major labels, these huge behemoth corporations, won’t let equitable remuneration into streaming, because it will eat into their margins. These are not bad people but they will not do anything to affect their share value.

All of our money is going to Drake, Taylor Swift and Ed Sheeran,” said Gray.

However currently streaming means that performers are paid according to the terms of their record deal. Depending on when they started out in their careers, their royalties could range from 20% (for the average modern artist) to as little as 2% for those with historic contracts.

One Spotify stream has an average value of around £0.004 – which goes to the label, or the song’s rights holders. An artist, if they have paid off debts to their label, might receive 20 per cent of that (according to a traditional 80/20 record deal), amounting to roughly £0.80 per 1,000 streams.

As an independent artist who emerged over the last decade, Nadine Shah (pictured) has seen the impact of streaming on her career, and detailed her own financial struggles.

“We have to pay rent – we have to be paid fairly. A meaningful income is what I ask for. I don’t want to throw anybody under the bus either. It’s what Tom Gray was saying earlier about equitable remuneration, equal pay for equal work and then a meaningful income from streaming. And I truly believe that it’s entirely possible to fix streaming, and to make it work for everyone – the labels, the streaming platforms and the artists.”

Shah said fellow artists were afraid to speak out “because we do not want to lose favour with the streaming platforms and the major labels”.

“I did have legal representation with me every time I signed a contract, and most musicians do, I hope that that’s the case with all musicians. But the landscape is changing all the time. The landscape is constantly changing, and it’s not working.”

“I truly believe that it’s entirely possible to fix streaming, and to make it work for everyone –the labels, the streaming platforms and the artists.”

Chic legend Nile Rodgers said it was time for the artist-label structure to be “cleaned up” for the streaming era, during his evidence to the inquiry.

“A music stream should be treated as a licence, not a sale,” said Rodgers, who stressed that artists and writers “do not get their fair share of the pie.”

During his evidence, Rogers stressed that he has good industry relations at the highest level – a fact that may make his comments more damning.

“I don’t look at my record label partners as enemies, I look at them as my friend. I go to dinner with them. You know, when I’m in the South of France and I see Lucian [Grainge], we’re the happiest people in the world. But at the same time, Covid has given me a real opportunity to drill down on my numbers, and I am completely shocked.”

In an appeal to the committee, he said: “It’s not the streaming services that we have a problem with. It’s the labels that are perpetrating this and we need to really address this. And if you have the power to do this – we don’t – we would be eternally grateful.”

Songwriter Fiona Bevan asked what labels have to hide in terms of NDAs with DSPs.

“The lack of transparency is a really, really big problem,” she said. “We don’t know the rates for each country because of the NDAs between streaming platforms, the publishers and labels. It’s basically un-auditable.”

She added: “The most successful songwriters in the world can’t pay their rent. Right now, hit songwriters are driving Ubers.”

The current revenue share from streaming gives the record label the majority of a track’s revenue. This comes from a model which applied to physical sales, where labels had overheads such as manufacturing, storing and transporting CDs. This leaves songwriters and publishers with the smallest share of revenue, despite being integral to the creative process. Music creators and music publishers argue that this model is outdated and unfair as these overheads don’t apply to digital music production.

Digital piracy and new technologies (like streaming) disrupted the traditional music industry, leading to an ecosystem where three major players have emerged and expanded. The three major companies now have a share of the UK recording market that is equivalent to 75%. They also dominate music publishing, which is the part of the industry that deals with the rights to the lyrics and composition of a track.

‘Safe harbour’ exempts tech companies that host user-generated content from being criminally and financially liable for content that infringes copyright. This is as long as they act quickly against infringing content (like take down a video) where they gain “actual knowledge” of where this has happened.

Safe harbour underpins these tech companies’ business models, which allow users to consume music for free. This means that these services effectively negotiate licences for music after users have uploaded on their platforms. This creates a so-called ‘value gap’, as revenues for music from ad-funded services are significantly less than those from paid-for services.

“The select committee has impressively zeroed in on some of the key issues in music and many of the report’s findings endorse and vindicate the ethical practices of the independent music community. The independent community is founded on fair dealing and we believe the MPs have tried to make recommendations that benefit creators in good faith.”

“However, our view is that equitable remuneration will not deliver the outcome they are hoping for. It is a 20th century solution not fit for the 21st century digital market and will leave the next generation of artists worse off. We look forward to examining the findings in detail and continuing to work with all our partners in music and beyond to deliver successful, strong, inclusive and diverse outcomes for music.”

“As we all emerge from the horrors of the pandemic, the government’s levelling up agenda is more important than ever.  Our industry has been on its knees and if we want to preserve our cultural heritage, bring opportunity to all four corners of the UK and keep musical talent in Britain, we’ve got to fix streaming and stop exporting millions of pounds to huge record labels and their owners overseas.

“This cross-party report is revolutionary. It grasps the issue, identifies the problems and recommends achievable and practical solutions, which won’t cost the taxpayer a penny.

“It’s time to make the most of this rare, cross-party consensus, bring British copyright law up to date, show Global Britain leading the fight to protect the intellectual property of artists and creators, and make the UK the best place to be a musician.”

“Today is a great day for musicians and music creators. This cross-party report gives the government the firepower and political mandate it needs to secure the commercial, professional and artistic futures of many thousands of British music creators, and to keep their value here in Britain.

“For too long, foreign-owned major record labels have recklessly gambled with the UK music economy and the future of British music. The true innovators and creators are our musicians and composers, and by acting on the committee’s thoughtful recommendations, the government will do so much good for so many – musicians and listeners alike.”

We applaud the efforts of Tom Gray, all of the artists and labels and everyone behind the Broken Record campaign and the inquiry, and hope some of the recommendations are followed through upon by a UK government with a questionable record on valuing culture, we hope their warm words on “levelling up” aren’t hollow. The fight for a fairer settlement for artists and independent labels from streaming will go on.