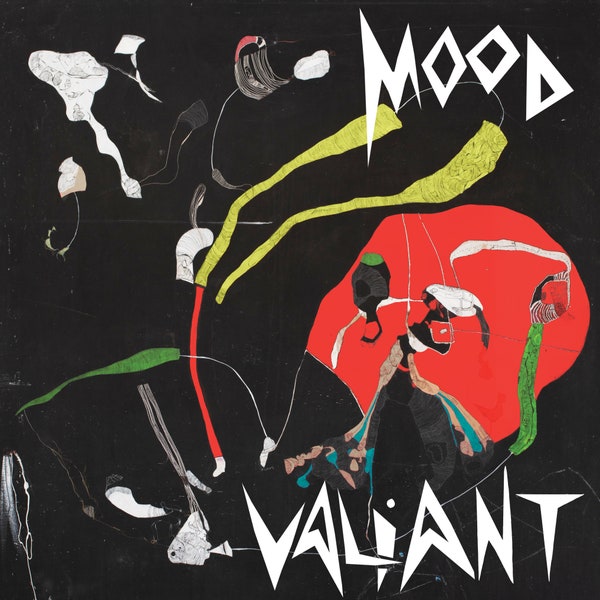 To be “valiant” is to show or possess courage and determination. This word has a great significance in the life of Naomi “Nai Palm” Saalfield. Not only is the 32-year-old the lead vocalist of a group (Hiatus Kaiyote) that consistently show a valiant approach to making music – a unique blend of classy jazz/funk/neo-soul genres with giddy unpredictable rhythms – but recently she has had to show courage when facing breast cancer and undergoing a mastectomy. This being one of the reasons why the Melbourne group underwent a hiatus that’s suggested in their name. As Nai Palm’s mother died of the same condition when the musician was just 11, the horrendous experience made the Australian empathize and think about her mother’s life more, and thus brings another importance of the word “valiant”; her mother drove two cars, both Valiant Safari Wagons, one black and one white. Caring for six children, she decided on the colour of the car she would drive on a particular day based on her mood. Hence the album title of Hiatus Kaiyote’s third record (Mood Valiant). An album that Nai Palm dedicates to her mother but also one where in the face of possible death, she valiantly embraces life.

After Nai Palm’s mother passed away, she lived with a family who ran a wildlife sanctuary, which fuelled her connection with nature. Mood Valiant features field recordings of animals including Amazon birds at the beginning of ‘Sip Into Something Soft’. Furthermore ‘Chivalry Is Not Dead’ imagines what sounds like biologists flirting with each other. As the song’s protagonist imagines them practicing the mating rituals of various creatures: from hummingbirds to seahorses to even leopard slugs. “I wanna be close to your molecules” could be a nerdy but original pick up line. ‘Sparkle Tape Break Up’ also describes the nature in her surroundings including a venomous snake called a Cobra Arch and Waratah, species of shrubs and small trees.

Another interesting theme is the Brazilian connection. Hiatus Kaiyote travelled to Rio de Janeiro and recorded with influential Brazilian producer Arthur Verocai. Although he spent much of his career composing advertising jingles, there’s a cult status around his 1972 self titled album and he adds his signature horns and strings to Hiatus Kaiyote’s already sparse armoury in tracks such as ‘Get Sun’ – which could remind one of 60’s film soundtracks such as Louis Armstrong’s ‘All The Time In The World’. Then there’s the use of the Varinawa language – borrowed from a tribe situated deep in the Brazilian Amazon – on interludes the whistling ‘Hush Rattle’ and the lush intro ‘Flight Of The Tiger Lily’ – in which it sounds like the language is being taught to a child.

Those already accustomed to Hiatus Kaiyote – which would include Kendrick Lemar and Drake who sampled their music during the group’s six year gap – know that principle writers Nai Palm and Simon Mavin tend to write cryptically. This allows lyrics to take fantastical journeys (appropriate on their Studio Ghibli-influenced predecessor Choose Your Weapon) and leave listeners free to interpret. It wouldn’t be a true Hiatus Kaiyote without some of this method of songwriting but Mood Valiant features some straightforward vulnerable moments.

‘Stone or Lavender’ is a surprising entry in the record with the simplicity of the composition (just piano and strings), lyrics and purity of Nai Palm’s balladry voice-holding. Nai Palm is highly skilled at her style of hum-singing but this shows another side of her vocal performance. The Emeli Sandé reminiscent track could easily feature in a drama series and is the most likely to have commercial success. “Do not grieve the idle time or all the moments that are ever-leaving” and “Please believe me, please believe me when I say. Someday it will be okay” sound significant when considering Nai Palm’s cancer battle. Furthermore the off-key ‘Rose Water’ is a dedication to a drink that she carries around with her that helps her cope with the menopause – that’s brought on from the post-operation medication.

‘Red Room ‘- arguably the best track on Mood Variant – is also a dedication to something close to home, well, home itself. Hiatus Kaiyote create a smooth laid-back environment with their neo soul, as one imagines lying on their bed and seeing the sun shine through the windows to create what Nai Palm described in an interview as “crimson hues”. Considering that the Australian was homeless at one point in her life, you can feel the true appreciation of shelter in her words. The track has understandably become something of a lockdown anthem, considering how much we’ve had to appreciate our own four walls during the last year and a half. That in itself is the world showing its determined and valiant side.