20 Songs That Should Have Been Singles 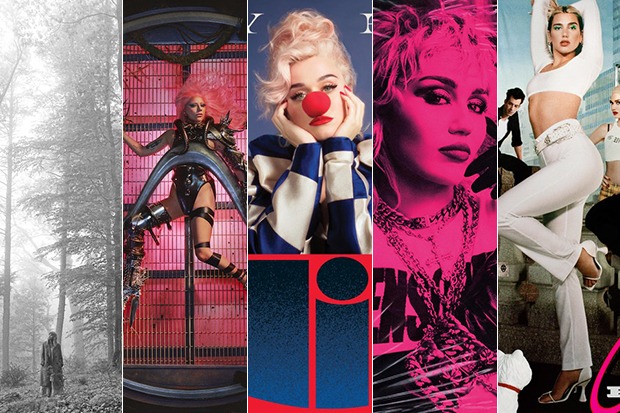 There’s nothing more frustrating as a fan than knowing that your fave is sitting on a smash. It’s a little less common in the streaming age where singles tend to choose themselves based on organic plays, but time and time again you’re left scratching your head. For example, imagine how different Katy Perry’s Smile era would have been if she had come out swinging with “Cry About It Later” instead of “Daisies” (no shade, because I love that song too). Or if Selena Gomez had opted for “Vulnerable” as the second single from Rare instead of the title track.

I’ve rounded up 20 songs that are way too good to be relegated to album cuts or fan favorites. Admittedly, some of these tracks might eventually be promoted as singles. If TikTok and the revival of Fleetwood Mac’s “Dreams” has taught us anything, it’s that there’s no such thing as a used-by date for a great song. So, put on your A&R hat (something obnoxious like a fedora) and dive into my selection of 2020’s lost gems.

Astrid S’ Leave It Beautiful is jam-packed with bangers, but this electro-pop anthem about the euphoria of hitting the town after ending a shitty relationship is extra special.

Britney Spears — “Swimming In The Stars”

My love for Britney Spears’ “Swimming In The Stars,” one of the “new” tracks on the deluxe edition of Glory, is a little obsessive, but I maintain that it’s one of her very best songs. “Mood Ring” got a remix package and a little push, so this should get the full treatment starting with a video.

The Otherside is an emotional ride from beginning to end, but “Happier For You” is a dropkick to the heart. Co-written by Sam Smith, this has the heft of a future standard.

Ah, the curious case of Dua Lipa and The Blessed Madonna’s Club Future Nostalgia. Some fans hated it, while people that got the references lapped it up. Wherever you stand, there’s no denying that “Love Is Religion” is a bright, shimmery bop for the ages.

Every song on Jessie Ware’s What’s Your Pleasure is a knockout. I mean, Barack Obama included the album-closer, “Remember Where You Are,” on his 2020 playlist. I would argue, however, that the perky, ’80s-influenced “Soul Control” is the standout as far as radio-friendly pop fare goes.

JoJo’s good to know is the kind of album that creeps up on you. Multiple songs pop into my head at random times, but the breathtaking honesty of “Small Things” really strikes a chord with me.

Katy Perry — “Cry About It Later”

I love Katy Perry’s Smile and think the whole era, particularly given the limitations imposed by 2020 and pregnancy, is exceptional. However, the fact that “Cry About It Later” isn’t being worked at pop radio is not okay with me.

There’s a lot of life left in Lady Gaga’s Chromatica (the underperformance of “911” is an inexplicable blip). When it comes to the next single the only right choice is the defiant, uplifting “Free Woman.”

Kylie Minogue’s DISCO is the closest thing you can have to a religious experience without getting COVID-19 in church, but it’s time to roll out “Dancefloor Darling” as the album’s next single. I pray it doesn’t suffer the same fate as impeccable album cuts like “Cupid Boy” and “Every Little Part Of Me.”

When it comes to underrated pop albums, Lennon Stella’s Three. Two. One. has to rank somewhere near the top. The newcomer rolled out multiple (very good) singles, but somehow forgot the instantly catchy, synth-pop bop “Bend Over Backwards.”

Pop lovers need to establish some kind of commission or tribunal to figure out why Meghan Trainor and the Pussycat Dolls’ “Genetics” wasn’t released as a single. It is the best song on Treat Myself by some margin.

I have faith that Miley Cyrus will eventually release “Angels Like You” as a single from Plastic Hearts. Streaming numbers are surging and radio stations have started to show interest. Which makes sense. After all, it’s her best ballad since “Wrecking Ball.”

Poor Niall Horan. Imagine releasing your sophomore album in the same week the entire world shut down. As such, Heartbreak Weather got a little bit lost in the mix. Fans who did take the ride, however, were blessed with slinky, ’80s-inspired pop gems like “New Angel.” It’s not too late.

Noah Cyrus’ The End Of Everything EP is an absolute triumph. It’s so good that one of the year’s best songs — the gut-wrenching “Young & Sad” still hasn’t been promoted as a single. If you love “July,” give this a try.

Sam Smith — “Another One”

There’s a lot of life left in Sam Smith’s Love Goes, but one thing is clear. “Another One,” the Brit’s take as a dance floor tearjerker a la Robyn’s “Dancing On My Own,” needs to be a single at some point.

Sasha Sloan — “Someone You Hate”

At a time when singles are king and albums are something of a forgotten art, Sasha Sloan gave us 10 perfect songs on Only Child. I can’t really argue with the singles thus far, but the emotionally devastating “Someone You Hate” needs a moment to shine.

I will be fuming about “Vulnerable” not being the second single from Selena Gomez’s impeccable Rare for decades to come. A pop song this addictive, defiant and heartfelt only comes around once every so often.

Yes, every song on Taylor Swift’s folklore is great. Which makes picking singles something of an ordeal, but “mirrorball” still stands tall among an album of future classics. This could have been a go-to wedding song.

Toni Braxton — “Happy Without Me”

Toni Braxton’s Spell My Name ranks as one of 2020’s best R&B albums. The enduring hitmaker serves bops, slow jams and (most convincingly) ballads. “Happy Without Me” rivals Adele’s “Someone Like You” as one of the most brutal love letters to an ex in recent history.

Trevor Daniel — “Things We Do For Love”

The great thing about Trevor Daniel is that he refuses to be pigeonholed. After breaking big with the hip-hop-leaning “Falling,” the newcomer dabbled in everything synth-pop on Nicotine — and casually dropped a stone-cold smash called “Things We Do For Love,” which still hasn’t been promoted in any way.