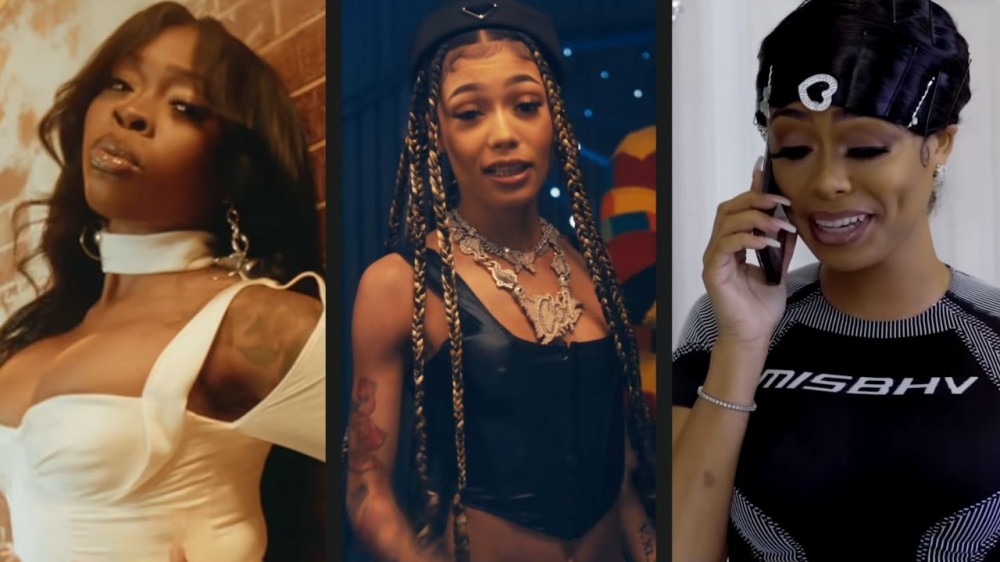 This week has been filled with comebacks and new beginnings. The ladies of hip-hop are keeping us on our toes with dope projects, and we love to see it! 212 Views
Comments Off on Tink Drops Highly-Anticipated Album, Nicki Minaj’s Alter Ego Is Back, Missy Elliott Still Got It, & More!

Just days after getting candid in an exclusive interview with SOHH, Tink has officially graced fans with her long-awaited album Pillow Talk, and it was well worth the wait.

The Chicago songstress included standout features from artists such as Muni Long, Layton Greene, and G Herbo on the no-skip project.

As a result, the newly gold record artist already has fans playing the relatable album on repeat!

Nicki Minaj woke us up when she added an alternate verse from her classic alterego, Roman Zolanski, to her debut solo single, “Super Freaky Girl.”

Nicki’s comeback includes getting ready to host the VMA’s and teasing fans with the premiere of her new music video that the Barbz cannot wait to watch.

The Queen has returned to her throne and shows no signs of letting up!

Missy Elliott Teams Up With Annita

Rap veteran Missy Elliott may be out of the limelight, but her style of music will forever be legendary.

The super producer is back after teaming up with Brazilian singer Anitta on their vibrant, upbeat track “Lobby.”

The big trendsetter is back with new music, and fans cannot wait for the official drop.

Coi Leray took to Instagram to show off her moves and give fans a snippet of her upcoming single, which sounds fire!

Chloe Bailey Remakes “If I Get Caught”

Looks like Chloe Bailey has hopped on the toxic train – of music, that is.

The songstress has joined other artists on remaking the toxic Summer anthem “If I Get Caught” by R&B Duo Dvsn.

The remake is so good that fans are requesting Chloe to drop the full song.

She recently celebrated her 31st birthday in style.

After launching her Make-Up line, the up-and-coming rapper has added new items to the collection that her fans can enjoy.

After gracing fans with her hit track “What is it Giving.”

Lady London keeps the momentum going by showing off her fire bars during her freestyle on Funk Flex radio show, giving us a preview of what we can expect from the album.

She’s back with another banger for the ladies called “Wet,” and fans are already feeling the new track with more than 600,000 views on YouTube.