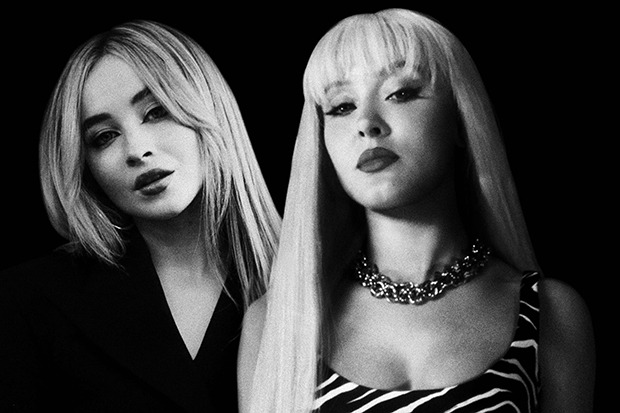 Zara Larsson and Sabrina Carpenter have rolled out a sizzling, futuristic video for viral hit “WOW.” In it, the rising pop stars are holographic cam-girls (for want of a better description), who do their thing for a lonely, lovesick dude in the future. They remain in complete control, serving looks and choreography from the comfort of their own home/dance studio. It’s a striking visual that is destined to propel “WOW” to greater heights and continue the song’s 2020 revival.

Of course, the Marshmello-produced banger became a belated streaming hit thanks to a placement in Sabrina’s Netflix movie, Work It. Originally released in 2019, “WOW” came and went without making too much noise. Happily, fate intervened and the song went viral after featuring in a key scene in Work It. The pop contemporaries then decided to join forces for a remix, which boats a new, loved-up verse from Sabrina. “In a crowded place, can you just imagine?” she coos over dramatic synths. “It’s unparalleled, the way it all just happened.” Watch the video below.