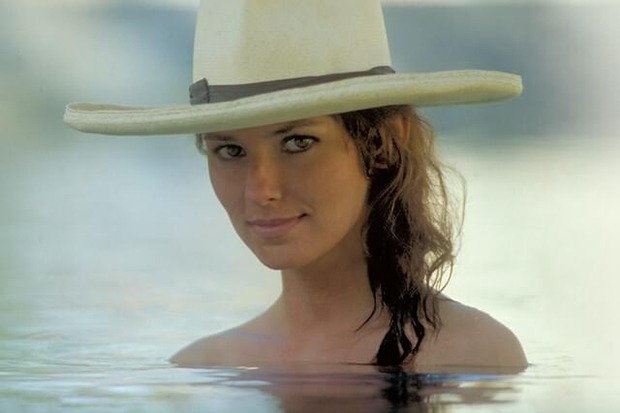 This is a little random (I guess she did star in 2020 film I Still Believe), but Shania Twain sat down with Apple Music Country to talk about her favorite actor/singers. The country superstar lists Janelle Monáe, Nick Jonas, Harry Styles and Justin Timberlake as well as lavishing special praise on Miley Cyrus and Lady Gaga. Let’s start with the “Midnight Sky” queen. “I might carry on a little bit and ramble just because I’m a huge fan of this artist,” Shania began. “Everyone in the world knows her, originally, as Hannah Montana, and Hannah Montana, as an actress, will go down in sitcom history.”

“I’ve known her dad from the very beginning when we were both first starting out as newly signed recording artists in Nashville,” she continued. “He ended up having a giant hit… and I always flash back to Billy Ray Cyrus walking into a record label party of just artists on the label. And he walked in with this beautiful, tall, slender, big blue-eyed beauty. And during that night he said that they were pregnant. Anyway, to make a long story short, I can’t believe that this little girl… [grew up to be] something so great.”

Shania also gushed about Mother Monster. “I wonder what kind of dream she has at night,” the country legend mused. “She does so many unusual, remarkable, artistic, unexpected things in her videos, in her live performances, her art direction, her fashion… then she gets an acting role, starring role, in what would be a huge success, not only as an actress, but as a singer/songwriter. A Star Is Born was a huge box office hit and Lady Gaga won the Oscar for Best Original Song for ‘Shallow.’ This is a classic. This song will be around in generations to come.”

Listen to Shania rave about Miley and Gaga below and listen to the full interview here from 12pm PT.