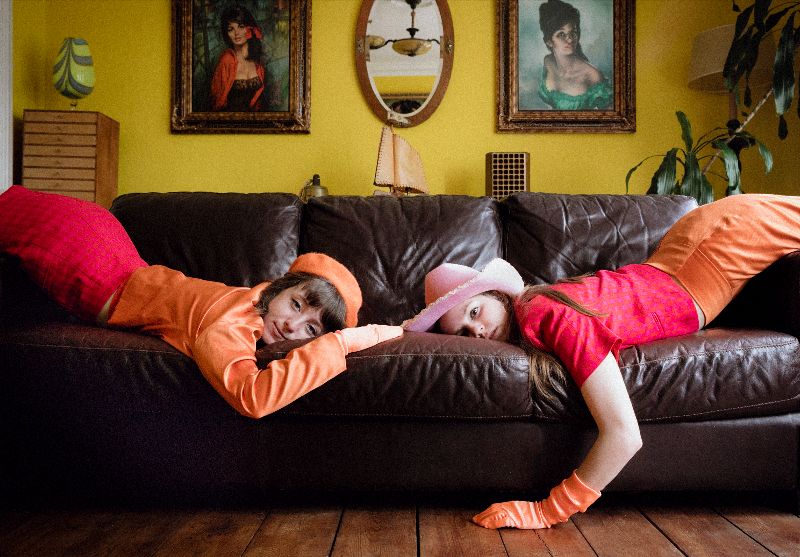 Prima Queen have released their new single ‘Chew My Cheeks’, their first since signing to Nice Swan Recordings.  Produced by The Big Moon the duo have produced a track bursting with the most delicious harmonies.  As the three minutes of the song progresses, the emotion smoothly builds.

The accompanying video is effortlessly cool a la Christine and the Queens.  Dancing like it doesn’t appear choreographed but very relaxed and natural is a skill in itself which Louise Macphail (Bristol, UK) and Kristin McFadden (Chicago, USA) have perfected.  You just know if you tried to replicate these moves it would appear clutsy!  In addition this is not your uber glamorous location but Docklands London with its DLR trains, platforms, riverboats and cable car.  It adds to the whole unruffled vibe of this song.  The subject matter is a little darker than the soundscape suggests, and the video further demonstrates the talent of this duo.

Prima Queen expand further on the inspiration behind the track:

“‘Chew My Cheeks’ is a song that centres on an unhealthy obsession with someone who is slightly out of reach. We wrote it in lockdown last year when we were remembering what it was like to idealise people you don’t know and to use them as a form of escapism. We ended up watching The Matrix in isolation together around the same time and were really inspired by the world in which the movie creates.“

‘Chew My Cheek’ is out now on Nice Swan Recordings.
For more inforamtion on Prima Queen please check out their facebook and bandcamp.