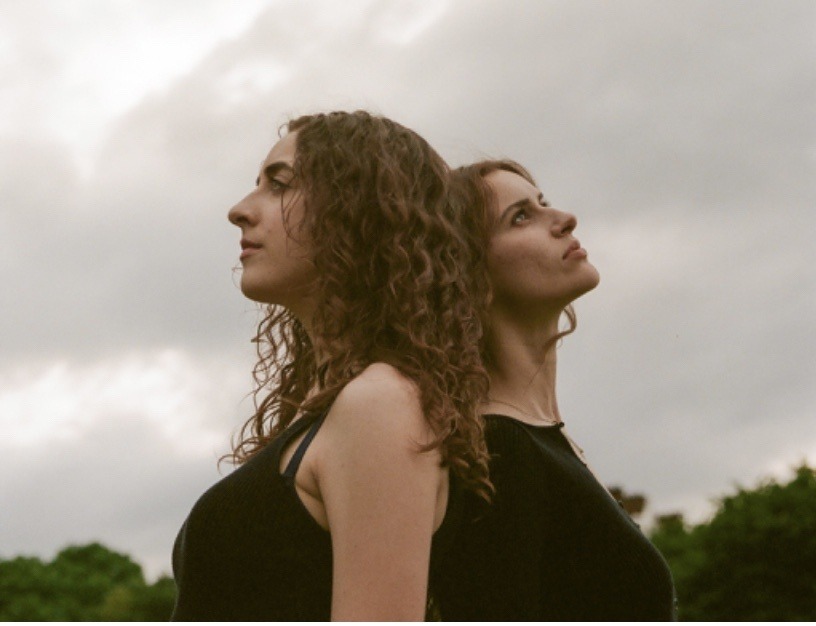 London and LA-based singer-songwriter duo Tommy Lefroy recently released their self-released debut EP titled ‘Flight Risk’. The musical endeavour of Tessa Mouzourakis and Wynter Bethel, the pair first met during writing sessions and house parties in Nashville before kindling the idea of writing for their own collaborative project.

Their shared love of art and music and common interest in Jane Austen was a direct inspiration for the duo’s stage name. For those unaware, Thomas Lefroy was Jane Austen’s infamous past lover and cited by some today as the ‘original fuckboy’. The duo’s laid-back soft-rock sound is reminiscent of contemporaries such as Phoebe Bridgers and Big Thief. However, what separates Tommy Lefroy from the herd is their infectious and soothing vocal harmonies. This really shines through in a stripped-back guitar ballad ‘Mortals’ and lead single ‘Trashfire’. From a duo whose first release came out earlier this year this project is a true testament to Tessa and Wynter mature songwriting and vulnerable lyricism. ‘Flight Risk’ is an emotionally crafted, introspective, soft-rock leaning body of work that centres around themes of love, fear of failure and overcoming difficult relationships.

Describing the ethereal guitar-driven single ‘Vampires’ the duo explained that “We wrote Vampires for our friends. It’s about watching someone start to go through it, and staying with them as they get through it. We wrote it for each other as well—we’re both people who used to fight off feelings, but now try to greet them as they come.”

Leaning on elements of Phoebe Bridgers and Julien Baker, Tessa and Wynter’s stunning vocals take centre stage in this EP. ‘Flight Risk’ EP goes from strength to strength with standout tracks such as the soft-rock stylings of ‘The Cause’, the brutally honest balladry of ‘Northern Towns’ and the laid-back rock single ‘Vampires’.

Speaking on the single ‘Knieval’ the duo stated “We wrote this song about when fear of failure becomes self sabotaging. It’s about imposter syndrome and our own inclinations towards recklessness when we feel like things are out of our hands. We grew up hearing folklore of the ‘70s, and loved the mythos of American stuntman Evel Knievel, who was revered for his bravery in the jump regardless of whether he stuck the landing.”

When asked about their debut EP, Tessa and Wynter described that: “We wrote the Flight Risk EP over the course of the last two years and across 5 cities. We started recording remotely during lockdown, from London and Los Angeles. These songs reflect on impermanence, on love lost and found in between growing seasons, and the beauty and humor in all of the chaos of being young and uncertain.”