Should Have Been Bigger: Madonna’s “Nothing Really Matters” 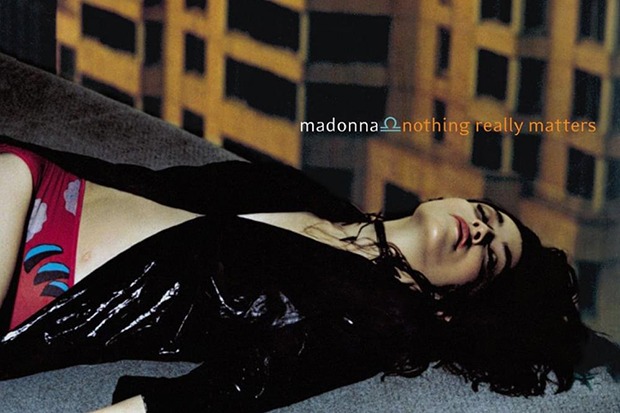 Madonna rolled out “Nothing Really Matters” as the fourth single from Ray Of Light in early 1999 and she had every reason to expect another huge hit. After all, the philosophical club-pop banger sums up the marriage of electronica and spirituality that shapes the Queen of Pop’s 7th album better than any other. “When I was very young, nothing really mattered to me but making myself happy,” she begins over William Orbit’s icy synths. “I was the only one, mow that I am grown everything’s changed.”

“Nothing really matters, love is all we need,” Madonna belts on the catchy chorus. “Everything I give you all comes back to me.” When you factor in a glamorous, now somewhat-problematic Memoirs Of A Geisha-inspired video and a blistering performance at the Grammys, all the elements for a smash were there. Bizarrely, radio refused to play along and a delay in releasing a physical single resulted in a chart peak of number 93 on the Billboard Hot 100. Which seems impossible for a mantra of this depth and quality.

“It’s a song about the realization that the only thing that matters in life is loving people,” Madonna said in a 1998 interview. “There’s a line in the song where I sing ‘nothing takes the past away like the future.’ I truly believe that no matter what you’ve done in your life, no matter how bad you perceive it to be, you can always change where you are.” In many ways, Ray Of Light is a miracle of a pop album. The fact that Madonna could ponder the profound in such an accessible way is still a mesmerizing act of alchemy.

Revisit the glorious, bitterly-underrated “Nothing Really Matters” below.