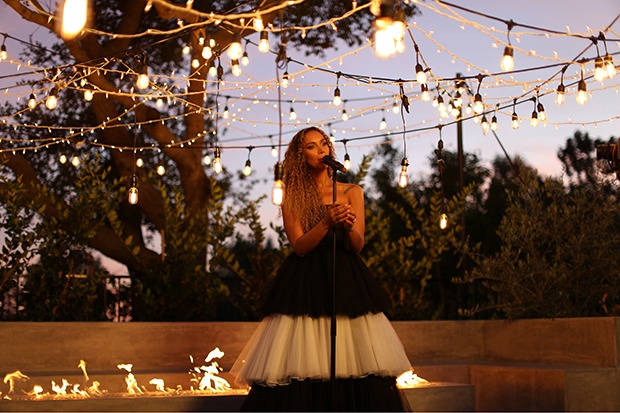 Leona Lewis surprises fans with an exquisite live rendition of “Ave Maria” (she is classically trained) filmed in the garden of her LA home. It goes without saying that the UK songbird delivered a vocal master class as she hit note after note that her contemporaries could only dream of. Why is the 35-year-old performing opera in her backyard? Well, it’s a gift for fans after a truly hellacious year, and the song features on Leona’s 2013 seasonal opus, Christmas, With Love.

That album climbs the charts in the UK every December in the same way that Mariah Carey’s Merry Christmas does in the US. Not only that, but lead single “One More Sleep” (one of the truly great Christmas originals of the 21st century) experiences a similar revival at this time of year. The bop is currently sitting pretty at number 25 on the UK singles chart, but don’t be too surprised if it slides into the top 10 before December 25. Watch Leona serve glamor and vocal prowess below.