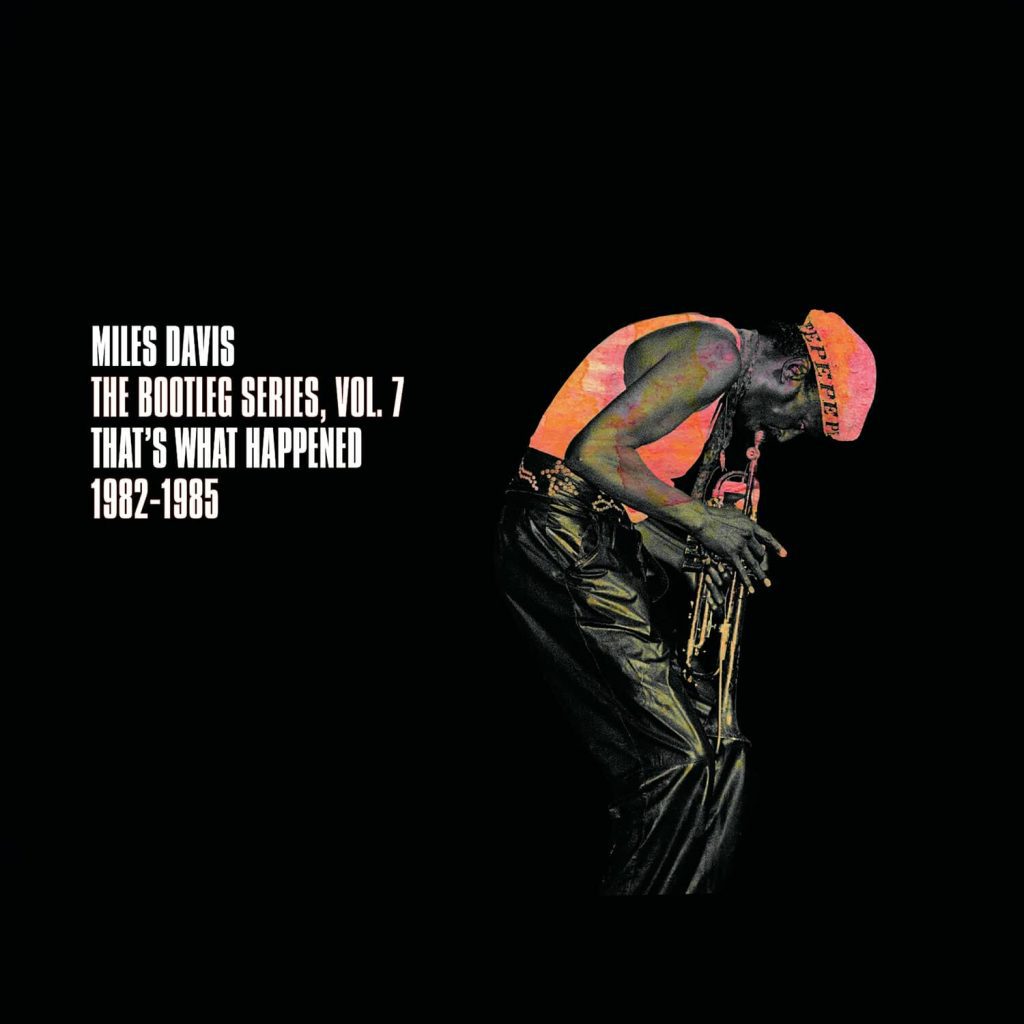 Each of the previous six volumes in Miles Davis’ bootleg series concentrated on the formative periods of the 1950s-‘70s, focusing on the trumpeter’s concerts at the Fillmores in 1970, the Newport Jazz Festival throughout the years, Davis’ final collaborations with John Coltrane, etc. For this latest set, encompassing three discs, the action shifts to the early ‘80s, when Davis was working on music that would be released on the albums Star People, Decoy and You’re Under Arrest. Few fans would cite those years as their favorite, but that doesn’t mean that Davis was stagnating. As always, he was looking for something new, and in order to get there, he surrounded himself with top-notch players like guitarists Mike Stern and John Scofield, bassists Marcus Miller and Darryl Jones, drummer Al Foster and others. The first two discs consist of previously unreleased studio sessions, and from the first track, a 13-minute jam cut in 1983 and titled “Santana”—the inspiration becomes apparent when you listen—there’s no denying that Miles is still very much a potent creative force, capable of pushing his musicians to great heights. Disc two finds the musicians testing the waters with interpretations of such then-hits as Tina Turner’s “What’s Love Got to Do With It,” Michael Jackson’s “Human Nature” and Cyndi Lauper’s “Time After Time” to mixed results. But the most artistically valuable of the three discs is undeniably the last, recorded live at the Montreal Jazz Festival in July 1983. On one tour de force performance after the next— “Star People,” a wildly percussive “Hopscotch,” a spacey and super-funky “Star on Cicely”—Davis and company prove more than viable, still pointing the way for others to follow.Please enjoy this full-length feature from Relix Magazine. Not a subscriber? Show your support for only $2/month