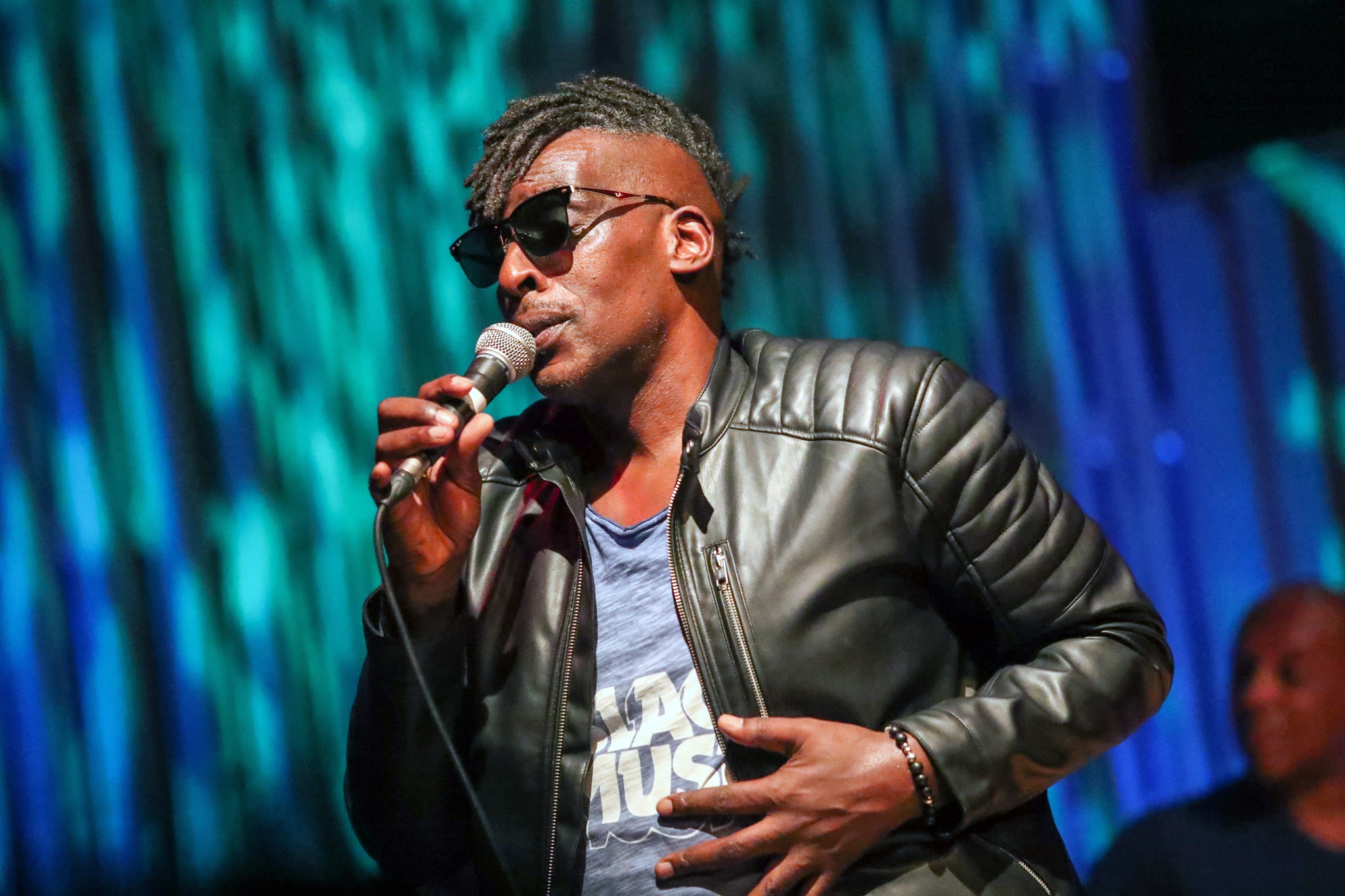 Back in March 2019, the Howard Assembly Room closed its doors and an extensive redevelopment project then got underway. At that juncture it was anticipated that the venue – an integral part of the Opera North Centre at Leeds Grand Theatre – would reopen in 2020 but the Covid-19 pandemic put paid to those plans. However, earlier this month with the £18M campaign having been successfully completed, the Howard Assembly Room once more welcomed patrons back into the sublime concert hall with its magnificent barrel-vaulted ceiling, gothic motifs and arched windows.

Stepping off New Briggate and on our way up to the concert hall, though, we will notice many significant and the most impressive of changes. The Howard Assembly Room can now boast its very own front door; hitherto, entrance could only be gained through the Grand Theatre itself. A spectacular atrium space spanning all six floors of the building is a further dramatic development as are an improved box office and fully accessible front-of-house facilities.  A dedicated restaurant located in the former shop units that lay beneath the building will also open shortly.

What has not changed, though, is the incredible diversity and consistent quality of the programme of events that the Howard Assembly Room continues to schedule. Its autumn/winter season presents another wonderful line-up of gigs, recitals, new commissions, installations, talks and film screenings.

Tonight’s event is a prime example of the Howard Assembly Room’s innovative programming. The Great Jamaican Songbook features the multi award-winning singer and composer Cleveland Watkiss MBE who explores the music that emerged from the Caribbean Island in the 1970s. Before Watkiss takes to the stage with his seven-piece band, though, the charismatic Leeds’ poet, playwright, literary activist and live artist Khadijah Ibrahiim recites several of her poems. 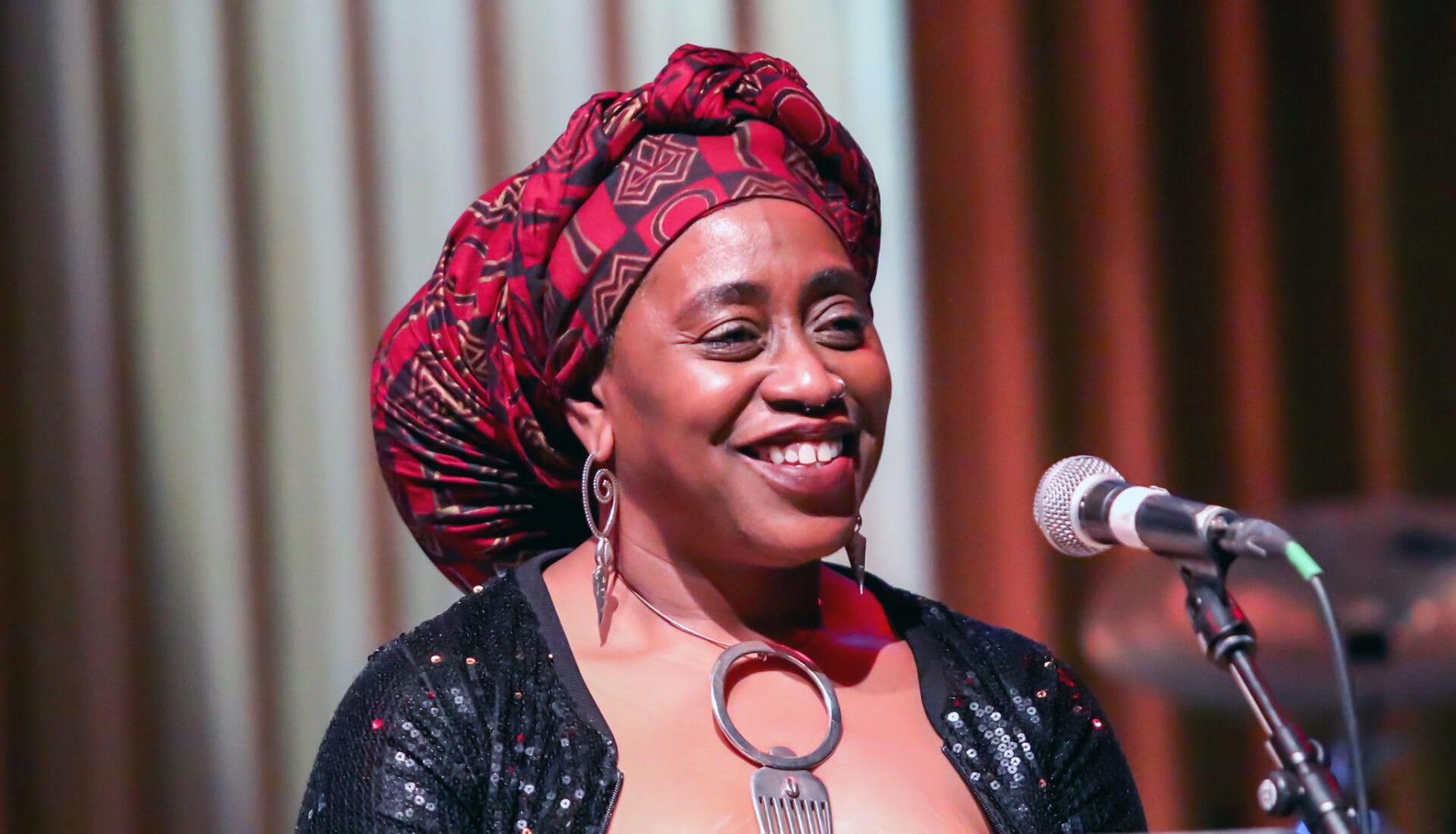 Born of Jamaican parentage and growing up in this West Yorkshire city in the 1970s, Khadijah Ibrahiim captures perfectly memories of her childhood through her words and the strong sense of self that she developed. Within the context of the music she was then listening to and experiencing, Ibrahiim creates a constellation of vivid images from the language of dub; lovers rock playing out against a backdrop of racism; dancehall and sound clash, and these movements having been dominated by men; to a musical shift into lovers rock and the far greater part played by women during these febrile times.

Khadijah Ibrahiim is accompanied by Rowland Thomas on guitar and electronic effects, his music adding both atmosphere and texture to the poet’s evocative words. Together they accurately convey the sensuality and sexual frisson found in dance halls and house parties. An impromptu crowd sing-along of Janet Kay’s 1979 hit ‘Silly Games’ further increases the clarity of the period and the occasion.

The name of Cleveland Watkiss is perhaps more familiar to those who move in jazz circles – he was, for example, a co-founder of Jazz Warriors, the highly influential black British big band of the ‘80s – but his appearance here tonight illustrates the man’s musical versatility as he shows his great honour and appreciation to the music of The Great Jamaican Songbook. 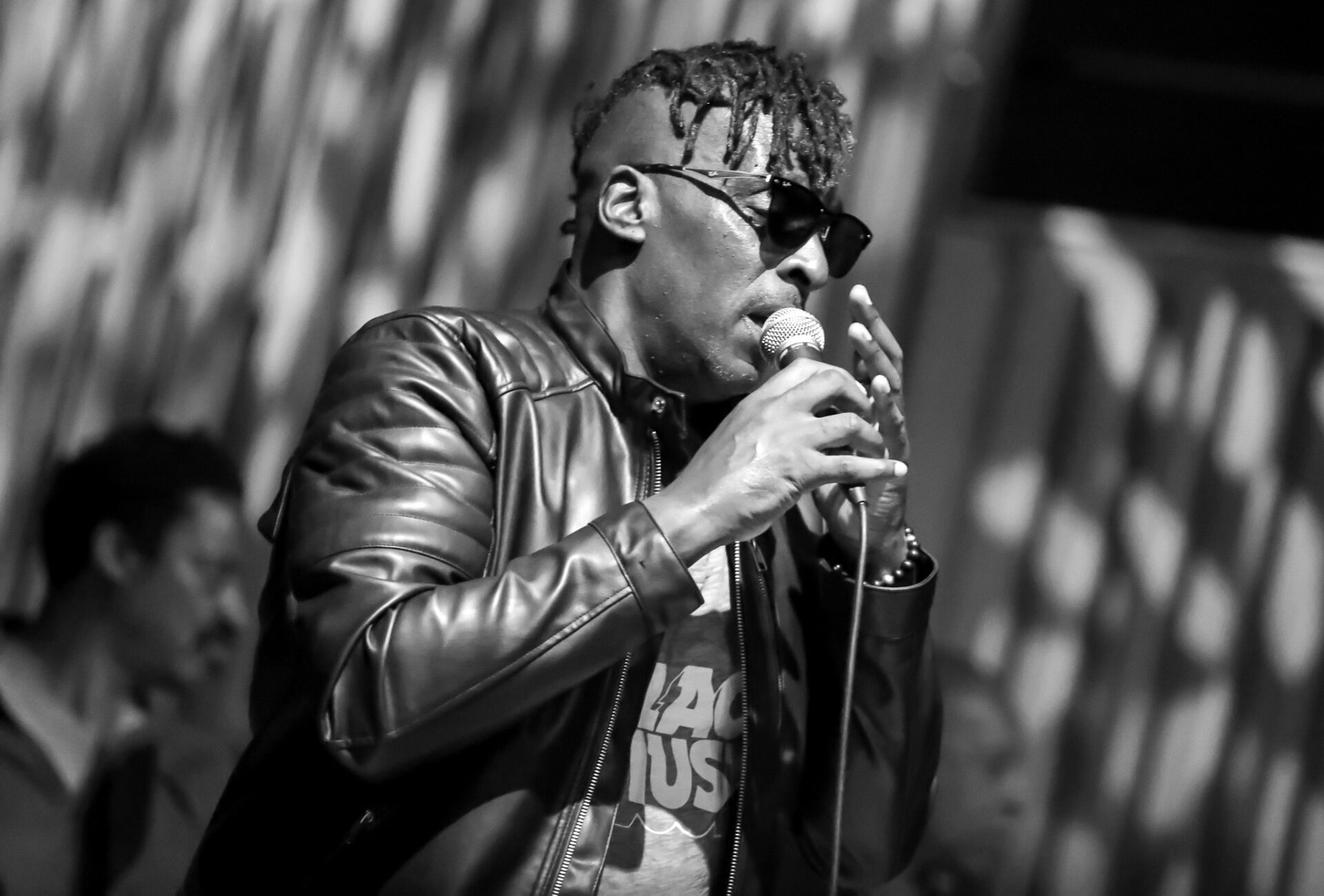 Cleveland Watkiss and his band open with a faithful reading of Gregory Isaacs’ ‘If I Don’t Have You’ though at his own admission Watkiss says this is only the second time this year they have all played together in public and initially a certain ring rust is evident. A couple of songs suffer with false starts and one tune is ditched altogether due to an absence of suitable rehearsal time beforehand.

But slowly and most surely the band find their musical feet and by the time that they play Lee ‘Scratch’ Perry’s ‘Curly Locks’ – in which they capture all the late great producer’s humour and maverick invention – they have hit the sweet spot. Johnny Clarke’s ‘(Just Call Me) African Roots’ is sublime and their interpretation of Delroy Wilson’s ‘Cool Operator’ is, if anything, even better. On Gregory Isaacs’ ‘Night Nurse’ – complete with an exquisite trombone solo courtesy of James Wade-Sired – Cleveland Watkiss fully embraces the song’s sexual desire and, with it, the Cool Ruler’s effortless charm.

Through the eloquent beauty and sheer joy of their words and music Cleveland Watkiss and Khadijah Ibrahiim have this evening enabled us all to celebrate together their rich Jamaican musical heritage and with it a specific cultural lifestyle that has been present in this country for decades. 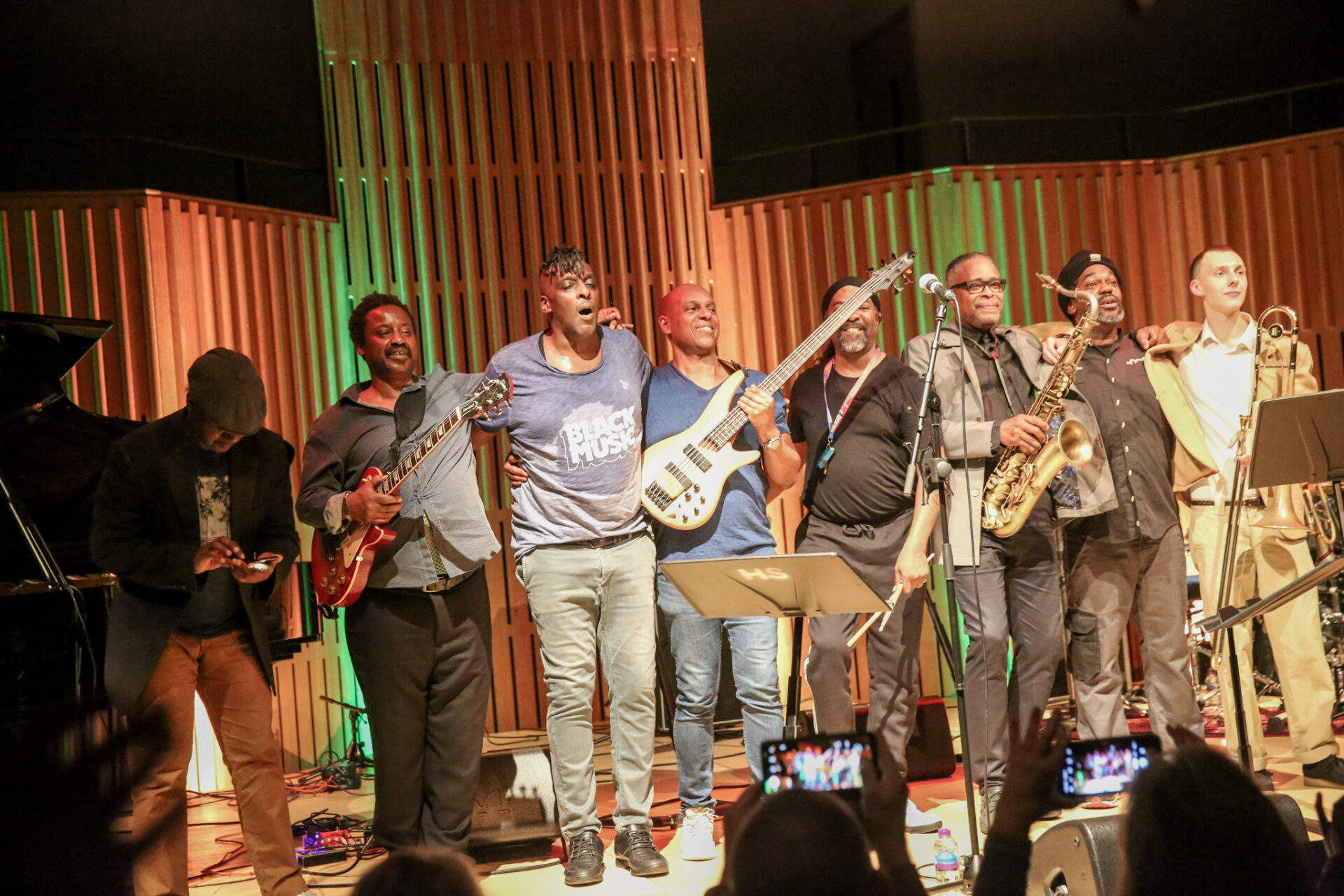 More photos from this event are here: