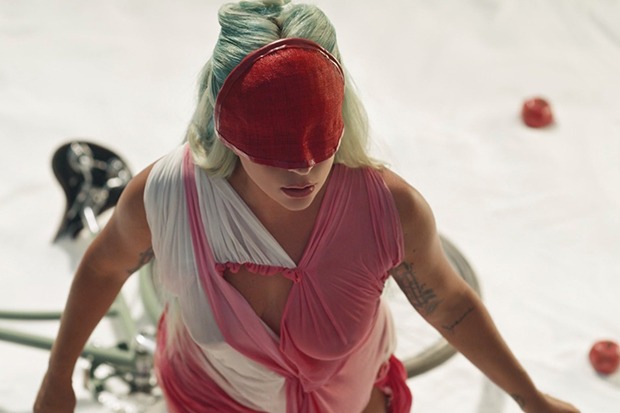 After landing top five hits with “Stupid Love” and “Rain On Me,” Lady Gaga is rolling out “911” as the next single from Chromatica. Which makes perfect sense. Produced by BloodPop and Madeon, the self-help anthem has already racked up more than 40 million streams. No doubt, that number will surge with the arrival of a short film tomorrow (September 18). Mother Monster has shared a couple of stills from the visual and it looks like we’re in for another avant-garde blockbuster.

The song is essentially about Gaga’s struggle with mental health, so expect that to be conveyed (somehow) in the clip. “Turning up emotional faders, keep repeating self-hating phrases,” she begins the song over bouncy synths. “I have heard enough of these voices, almost like I have no choice.” By the time the 34-year-old reaches the chorus, she’s reach to fight back. “My biggest enemy is me, pop a 911,” the hitmaker repeats. Revisit the banger below while while wait for the visual to arrive.