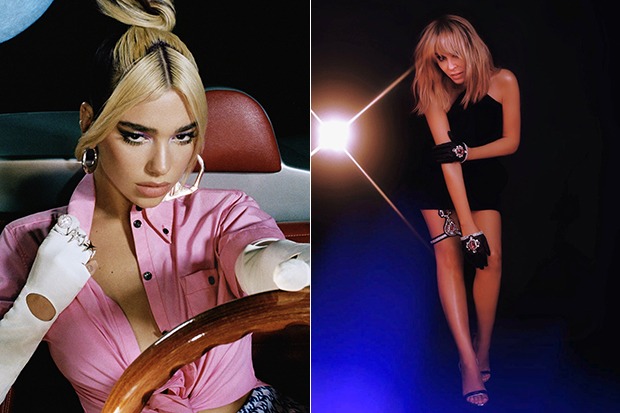 Maybe 2020 does deserve rights after all. In any case, the year is going out with a bang courtesy of a mouthwatering collaboration. Kylie Minogue is teaming up with Dua Lipa for a remix of “Real Groove.” Eagle-eyed fans spotted the pre-save link on Spotify and Apple Music for “Real Groove (Studio 2054 Remix).” Of course, the dancefloor darlings first performed the song as a duet on Dua’s virtual concert. Their voices combined brilliantly on Studio 2054, so I have have high hopes for this. Particularly if there’s a video.

All in all, 2020 has been another blockbuster year for Kylie. The Aussie superstar made history by becoming the first female artist to land UK number one albums in five different decades (’80s, ’90s, ’00s, ’10s and ’20s) and experienced something of a revival in the US — topping the iTunes album chart and cracking the top 30 on the Billboard 200. And then there was INFINITE DISCO and a show-stealing cameo on Dua’s livestream. All signs point to the remix dropping at midnight tonight. Bring it on!

🚨 It’s here! "Real Groove" (Studio 2054 Remix) featuring @DUALIPA will be released TONIGHT wherever you are!