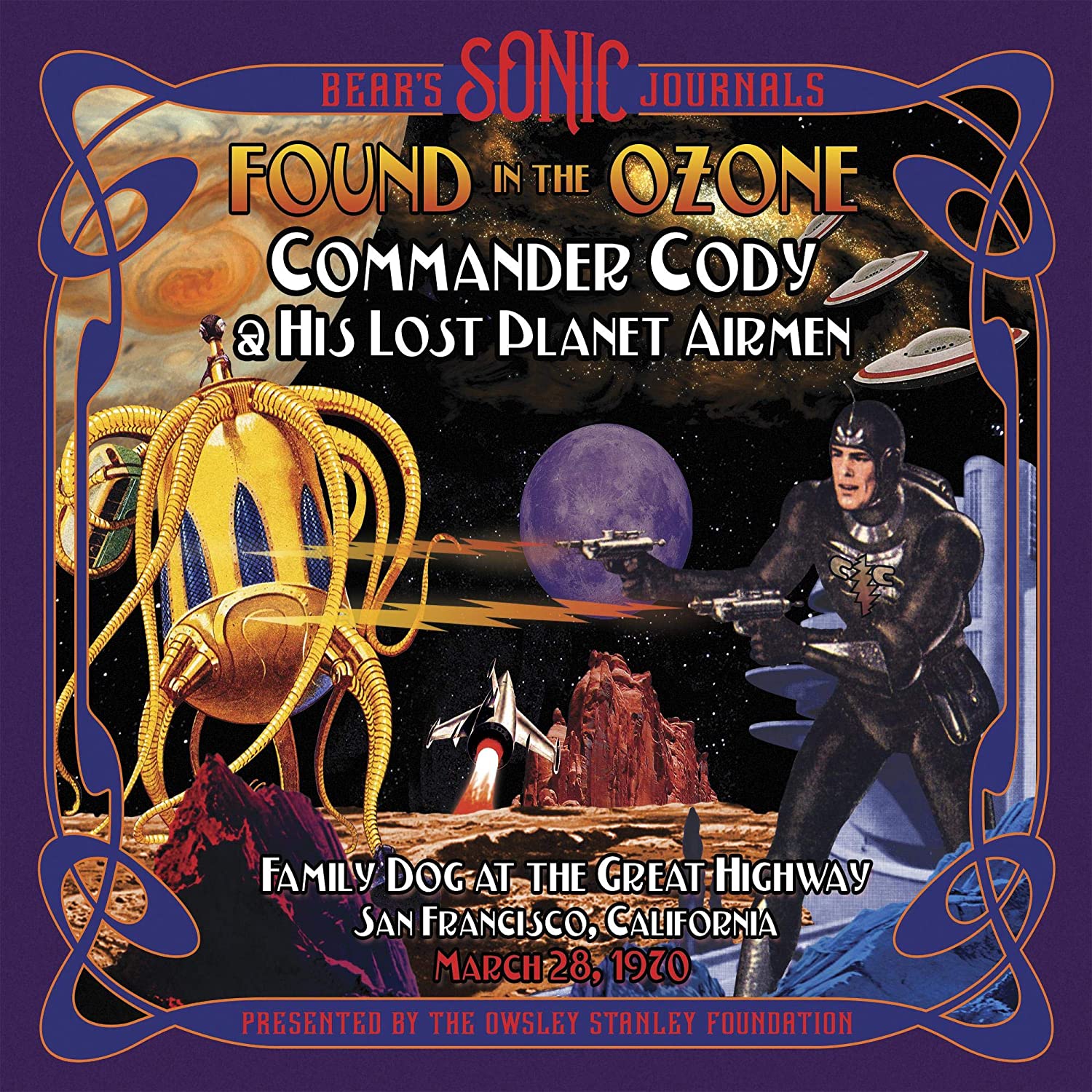 Owsley “Bear” Stanley, famed soundman/chemistry major, was often in the right place at the right time—with his recording equipment in tow. This live, two-disc Commander Cody & His Lost Planet Airmen nugget—which follows similar label releases from Hot Tuna, New Riders of the Purple Sage, the Allman Brothers Band and Doc & Merle Watson—predates the band’s debut studio album by a year. The group was still finding its way, and the sound quality, while crisp and quite listenable, feels homemade. But don’t let any of that keep you away: This is the most significant Cody release in dozens of years, and its early vintage makes it an essential piece in charting the development of this ever-exciting outfit that tossed together rockabilly, blues, country, boogie-woogie, Western swing and whatever else came their way. The first disc features 15 tracks recorded at the Family Dog at the Great Highway in San Francisco on March 28, 1970, and six from the following night. Disc two reaches back even further, assembling 20 random bonus tracks covering gigs from February and March. The band lineup is that of the first album, save for the MIA guitarist/vocalist John Tichy, and the pieces are already in place. Fans of the early LPA will recognize numerous songs, among them “Lost in the Ozone,” “Hot Rod Lincoln,” and such go-to covers as “Good Rockin’ Tonight” and “Rip It Up.” Several other tunes that make appearances here would soon be dropped from the repertoire. The performances range from sizzling to ragged but it’s all well worth a listen—CC & His LPA were one of the great pre-Americana bands of their era, and this touches down pretty closely to where it all began.