Lou Pearlman interview: “Once in a while we get it wrong” 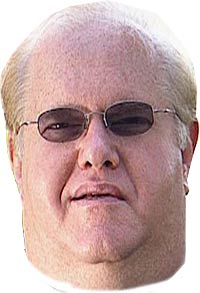 During ‘the summer months’ we had a chat with Lou Pearlman — inventor of pop groups like Backstreet Boys and *NSYNC.

The reason for our chat was to discuss Lou has a new project, US5. US5 have already been big in other parts of the world and Lou thinks they will be big in the UK, too.

The US5 single is out this week. Radio aren’t playing it and it’s nowhere on the TV. Let’s have a look at what Lou had to say in August.

Hello Lou. Do you expect US5 to work in the UK?
Absolutely.

Why?
We know what the market likes. It’s all about the songs. We usually test the songs and see what the outcome is. Very import­antly the band tested very well in Germany, Austria, Switzerland, Russia, Poland and the States.

Lots of British and American pop artists are suc­cess­ful in Germany but not many German acts are big in the UK. Why does US5 being big in Germany mean they will be big in the UK?
There’s a lot of sim­il­ar­ity to the markets. Young teenage kids like the same music: they like the nice wholesome sound. We aim to please. And to have a good looking group who support that. And it’s mostly females. Guys are into sports. But girls like the boybands who dance and move and come close. With a band they’re behind their instru­ments so it is hard to touch them.

How do you do your testing?
We used to have seminars and do testing at those. These days we use the web. We put songs on special websites and get fans’ reactions. Sometimes we don’t tell them what the artist is, sometimes we show them pictures, so we know what they like. They tell us whether they like rock, pop, hip hop, what their age is — so we know what the market is.

Have you ever rammed something into people’s faces in spite of them not wanting it?
We did that with Backstreet Boys. They came out, hit Number 69 in the States and dropped off. Then we went to Europe – Germany, Top 5 right away. We did the same with *NSYNC, who also got their first gold record in Germany.

Why do you still need to get things researched? Do you not by now have ears for a hit?
We have some good people who will tell us if it will work.

Do you never trust your own instincts?
Yes, sometimes, and once in a while we get it wrong.

Why haven’t there been any suc­cess­ful boyband launches in the UK for several years?
Every five to seven years the music style changes. I think the boyband thing was played out. But now I think Take That is coming back, US5 is in the mar­ket­place.

But surely Take That’s success is as a nostalgia act aimed at a com­pletely different audience to US5. Take That’s comeback doesn’t have anything to do with boybands being back.
I think to have a suc­cess­ful boyband which will work you have to have radio playing it. We have an MTV show for US5 called Big In America, which was aired in Germany, Austria, Switzerland. It got very high ratings. That is the perfect indic­a­tion to us that it will be suc­cess­ful in the UK. I think boybands will come back because the mums who go to see Take That may have young daughters who want to get into that scene – dancing, singing and so on.

What are the key elements to breaking US5 in the UK?
Great music, great per­son­al­ity, per­sist­ence.

The single doesn’t sound like anything else in the charts at the moment, and perhaps not in a good way.
No. It’s a unique single. It went gold in the States, platinum in Germany and Switzerland, Russia, Poland.

What’s the feedback been like from radio in the UK so far?
They’re loving it. They think it’s different.

How about TV?
Having MTV behind us is very important.

Do you have a chart pre­dic­tion for the single?
Top 10. It’s going to work its way up and take a bit of time to develop.

And the album?
The album will def­in­itely be Top 10.

What did the UK research into US5 actually tell you?
Kids in the UK want to see the band and get a good look at their faces – to get to know them. There needs to be a nice jacket included with the CD to give them inform­a­tion. They need a good website.

What do labels waste money on when launching a band?
Clothing. Hotels. Travel. Entertainment. Spend the money on what counts.

What does count?
Posters. In-store displays. Cutting deals with Woolworths to make sure they sell your records. Heavy marketing on radio and TV. We do street teams a lot. That’s vital.

Aren’t street teams just 1000 people telling each other to buy a single?
They’re vital to get the word out.