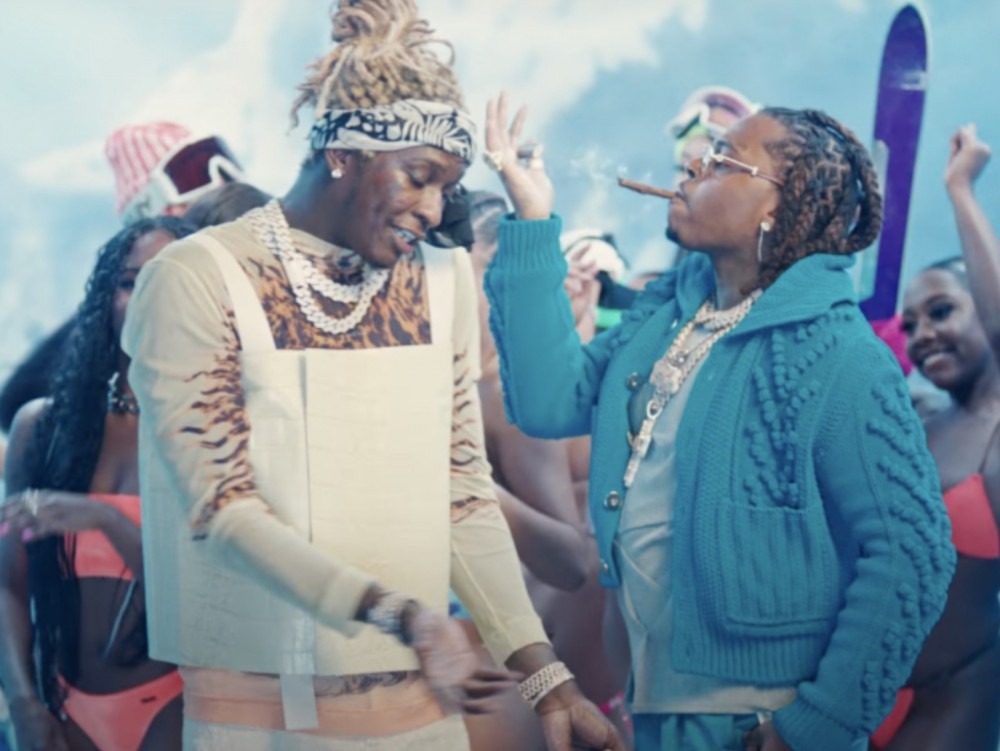 Based on early estimates, the jam-packed project should easily sell well over 100,000 copies. Along with a huge tally, the LP is expected to easily secure the No. 1 spot on Billboard’s Top 200.

Heading into the weekend, Thug dropped his new “Ski” music video. Clocking in at under 3 minutes, YT protégé Gunna is featured and shares screen time with an endless number of collaborators including Swae Lee, NAV and T-Shyne.

Today, in one momentous drop, Young Thug and Young Stoner Life Records release the video for ‘Ski’ with Gunna, PLUS the long-awaited, highly anticipated album Slime Language 2. Going viral even before its official release due to Young Thug’s video on Instagram, fans have been eagerly awaiting ‘Ski’ from Thugger and Gunna. Directed by Omar Jones, the ‘Ski’ video features the likes of Young Stoner Life Record’s own T-Shyne, Strick and Lil Duke, artists Swae Lee, Nav, and NFL player, DK Metcalf.

Hours prior, Thugger hyped up the studio project. YT shared a promo clip showing the album artwork and previewing tunes off the LP.

Rap artists Dreezy and Busta Rhymes hit up the comments section to geek out over the LP.

Earlier in the week, Thugger broke the album news to the world. Slime shared the project’s presumed cover art which even features a green dog.

The follow-up to 2018’s Slime Language received a co-sign from hip-hop artist and singer 6lack in the comments section.