Atlanta rapper Playboi Carti is clearing up the air. Amidst a merchandise drop that was negatively received by fans who thought it was going to be his next album, he’s gone online to claim he got hacked. 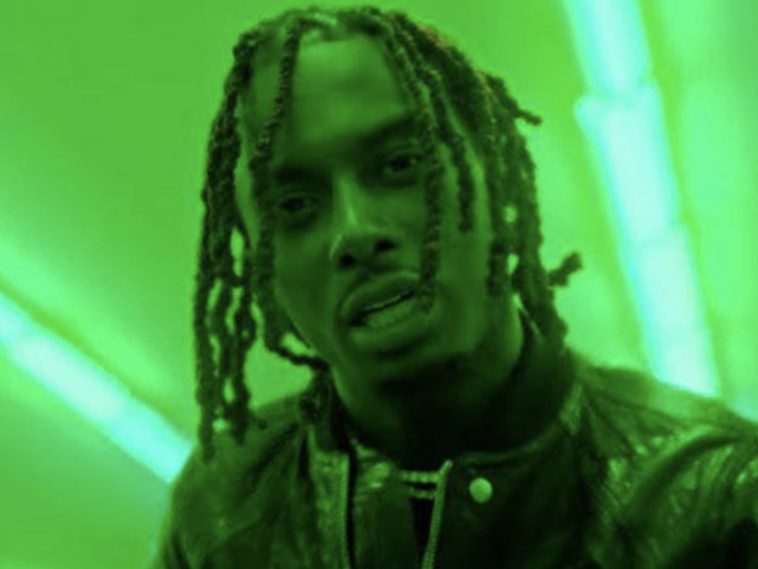 While it seems like there is no Narcissist album release yet, fans reacted with a Whole Lotta hate for his racing-inspired merch release. The drop included a bomber jacket ($200), a hoodie ($110), a long sleeve t-shirt ($50), a ski mask ($40), motorcycle gloves ($75), and finally a $5,000 motorcycle helmet. He later went on Twitter to claim the merch wasn’t approved by him and his site was hacked, but didn’t even mention the upcoming Narcissist EP itself.

Carti later posted a tweet of another text message conversation. In his text, he demands that the album be dropped. PC noted sample clearances and openly pushed them to the side, but there’s still no word about when Narcissist will come out.

“THE WEBSITE IS HACKED. THE REF FOLDER WAS POSTED LIVE. NEVER APPROVED ANY CLOTHING/ETC.”

Carti wants fans to remember he’s putting out new tunes, but might want to make sure his team releases the correct merch before dropping a new project. The hip-hop star lit up social media with a batch of new pics plugging his Narcissist album, which turned out to just be a merchandise drop on Monday.

PC hit up Instagram with a slideshow of pics. The snapshots feature him draped in tons of black-grey garments but what stands out the most is Carti teasing his merch and seemingly the new audio heat in the caption.

In late August 2021, PC hit up his Instagram page to break the massive album news to followers. Instead of going the traditional route of dropping music on Fridays, his September 13th rollout had what fans thought was an LP slated to arrive on a Monday. However, only the merchandise has dropped and everybody will have to wait for the album.

The announcement also came days after rap star Kanye West released his Donda album – which Playboi appears on. Last year, Yeezy played a huge role in his Whole Lotta Red album rollout including being featured on a song.

Recent rumors about an album from Playboi Carti appeared to be straight cap. After talk about a new project called NARCISSIST made waves around the Internet, a major producer shut down everything.

Mega producer Mike Dean said it was not true. He commented on an Instagram post regarding the unconfirmed album, which fans alleged had eight songs on it. Dean kept it straight to the point. At this point it seems like the album itself is real due to any merchandise even being in production, but Dean might not have anything to do with it.