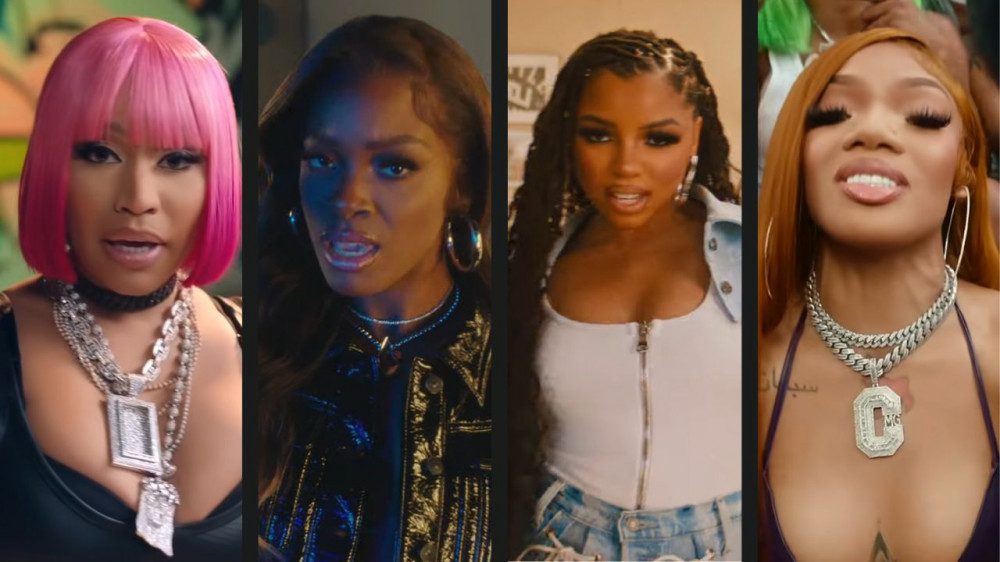 The ladies are still coming in hot this fall with new music, brand deals, gracing the cover of magazines, and more. Check out what these female hustlers have been up to. 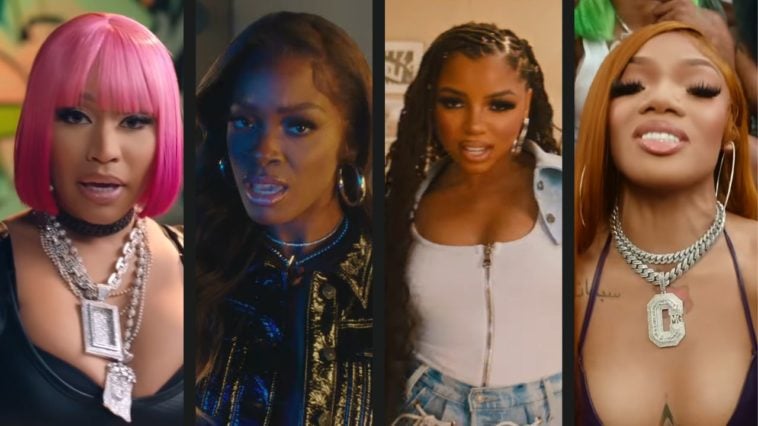 Nicki Minaj has teamed up with more female artists with a track that’ll make you want to take a trip to the Islands.

The “Super Freaky Girl” has dropped a remix to her “Likkle Miss” song with eight other Caribbean artists.

The remix is spicy and fun, with the perfect combination of personalities.

Chloe Bailey For The Face Of Pepsi

Chloe Bailey is always in the limelight, releasing music, advocating or clapping back at haters. Either way, she’s always making moves.

Chloe struts her stuff in her new campaign for Pepsi, which borrows from the 1984 American classic, Footloose, created by screenwriter Dean Pitchford.

During the ad, the “Surprise” singer is indeed full of surprises as she sings the original song, but with a modern-day twist.

Bailey turns heads as she sings and dances in a denim and lace ensemble with platform sneakers inside a 1950s vintage diner in flash mob style.

The girls have been serving fashion week looks all up and through the streets and red carpets of Paris.

Find out how Doja Cat, Erykah Badu, and Janet Jackson served some of SOHH’s favorite looks throughout Paris Fashion Week.

GloRilla may just be getting started, but she has not missed since she stepped foot into the music industry.

The Memphis native just announced her debut EP, and wants everyone to know Life’s Great.

Politician and activist Stacey Abrams was featured on the digital cover of this month’s Essence magazine.

Check out the visuals of one of Willow’s tracks from the album, “Ur A Stranger.”

Have a great weekend!