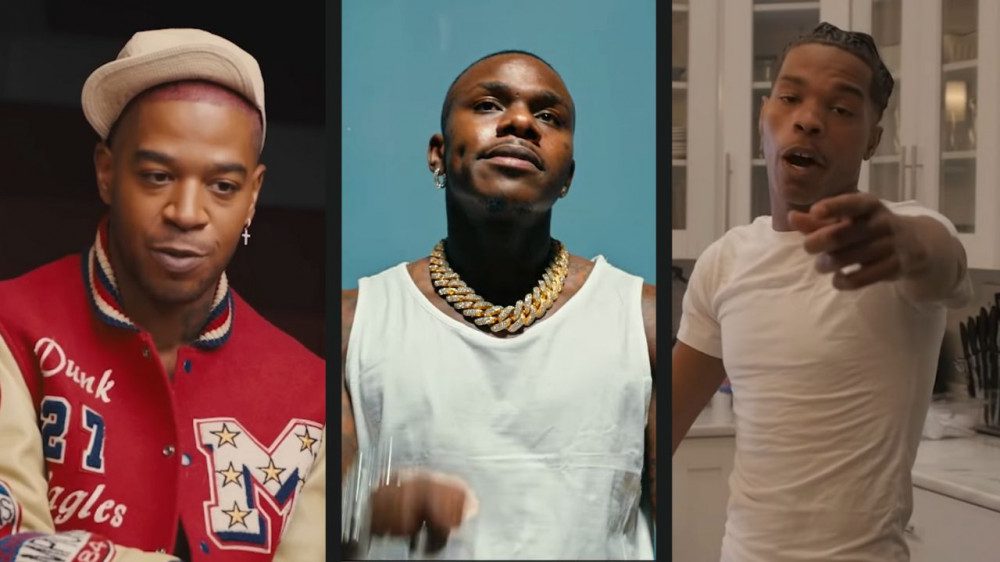 This week on new music friday, fans will see if Dababy’s latest album gives his career the major boost it needs. This is in addition to the drops by Kid Cudi, Moneybagg Yo, the ever-chill, pizza-buying Lil Nas X, and more. 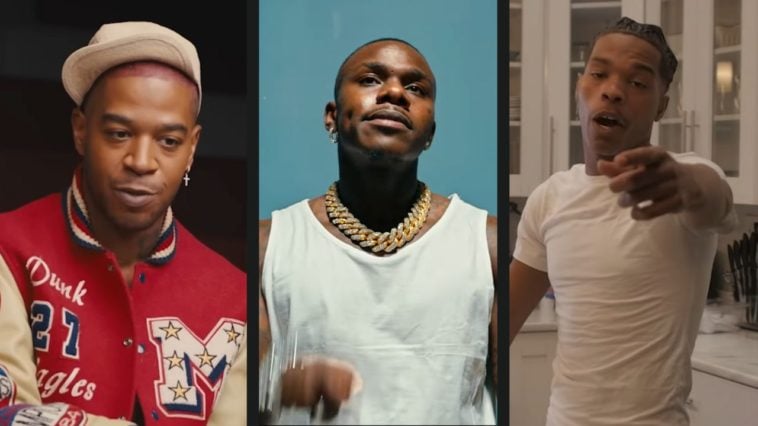 From headlining shows to barely being able to keep an audience engaged, DaBaby’s meteoric rise and equal decline in popularity would always be hard to watch.

Of course, he played a part in this since his mouth dug him in a hole in the first place–which it appears he has done again in his new album, Baby On Baby 2.

Give it a listen; make sure to stream “Boogeyman.”

The Charlotte native may have dropped tea or put his foot in his mouth–again for claiming he slept with Megan Thee Stallion.

Lil Baby – The World Is Yours To Take

In November, all roads will lead to Qatar for the 2022 FIFA World Cup.

Lil Baby is going to be there to perform his new song, “The World Is Yours To Take.” The song would be featured on the official FIFA World Cup Qatar 2022 soundtrack.

The “Yes, Indeed” rapper will fill the shoes of greats such as Shakira, who dropped “Waka Waka” for the 2006 World Cup in Germany, and Queen, who dropped “We Are The Champions” for the 1994 edition.

U Wasn’t There is a nine-track album featuring a bonus track, “The Baby Was Born,” from the collaboration of two of New York’s rap royalty: Cam’ron and A-Trak.

It is forever and beyond for Kid Cudi, dropping a new single, “Willing To Trust,” on the back of a leak of his Entergalatic album.

The song features Ty Dollar $ign, and is a fusion of Cudi’s signature voice (that low-pitch-come-chill-with-me-over-a-smoke singing voice) and Dolla’s throaty and full-bodied voice.

24 songs, a few features, and the fan favorite “Geeked N Blessed” make Lucki’s newest album, Flawless Like Me, a must-listen.

The Chicago-born rapper, who hit the spotlight for his lines in YG’s “Toot It and Boot It” (2013), has not slowed down since.

From rocking the hell out of the SoundCloud era to build a following to dropping singles and putting in the work, Lucki has made his luck.

Just days after dropping the tracklist of his soon-to-be-released album, $oul $old $eparately, Freddie Gibbs has dropped a single off the list: “Dark Hearted.”

Like Alfredo, $$$ looks destined for the Grammys if this song indicates the whole album.

Jam to it, let us know what you think.

YG offers a snippet from his upcoming album, I Got Issues.

Soulja Boy – Bust It Down

Yes, you read that right. The pioneer of digital hip-hop and “Kiss Me Through The Phone” crooner dropped the visuals of this single off of his album, Soulja World 2.

Also, check out Tory Lanez’s “Why Did I” and Lil Nas X’s “Star Walking.”