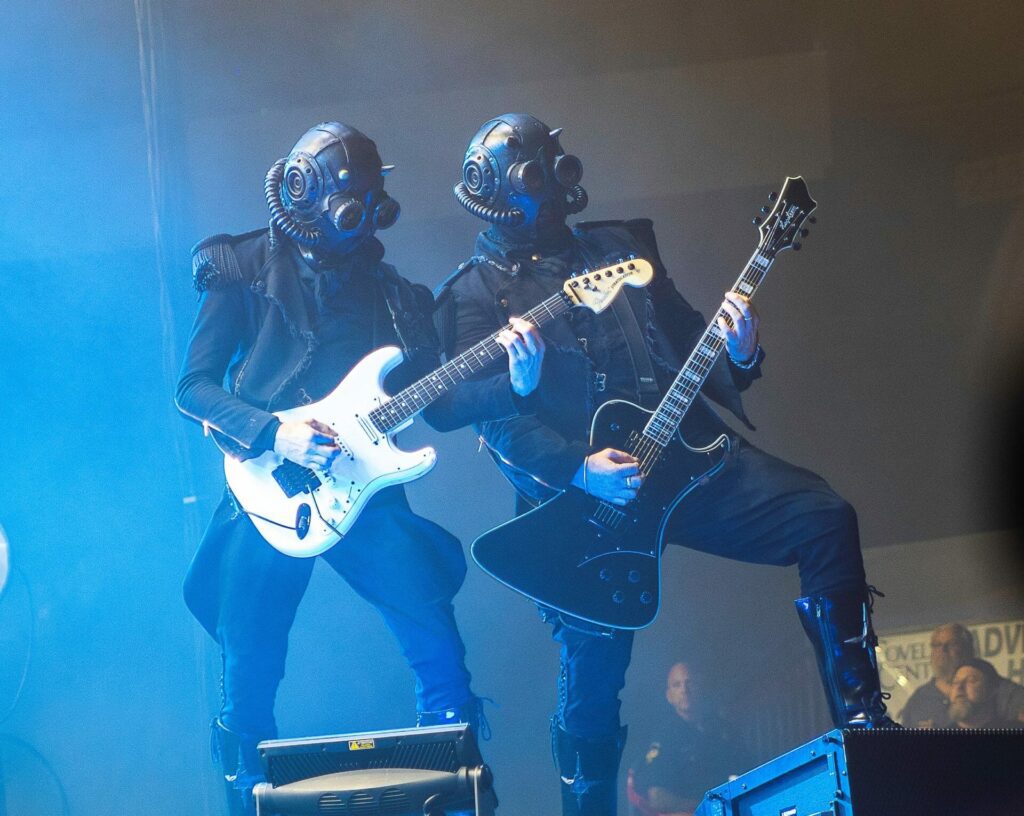 photos by John Patrick GattaSwedish heavy metal pop provocateurs Ghost brought its Imperatour  to a sold out Covelli Centre in Youngstown, Ohio on September 20. Since this was the band’s triumphant return to the area, it was a nonstop lovefest in black (clothing) for those onstage and off.Coming from a long line of makeup-wearing, horror-based rock and roll that began with Alice Cooper and ran through KISS, Misfits and Marilyn Manson, Ghost uses satanic content to ramp up the shock rock values. What the band has in its favor and makes the presentation overall more cuddly rather than becoming the target of Bible-waving churchgoers is a charismatic founder and frontman Tobias Forge who exhibits a caring bond with his fans, an occasional sense of humor tossed into the proceedings and a song catalog that balances heaviness with hooks. Behind the makeup, costumes and devilish theatrics and production are catchy-as-hell songs pumped up by industrial strength power chords — “Rats,” “Devil Church,” “Call Me Little Sunshine,” “Con Clavi Con Dio,” “Watcher in the Sky,” “Mary On the Cross,” “Mummy Dust,” “Danse Macabre” and “Square Hammer.”. Mastodon’s hourlong set contained the usual metallic fury akin to someone who found out you ran over their dog. But that fierce musical element of the Atlanta quartet gains added traction because it’s fused with melodic chops and arrangements that place the band several levels above their contemporaries. From opening numbers “Pain With an Anchor” and “Crystal Skull” through “Blade Catcher” and “Black Tongue” to final song, “Mother Puncher” — ironic since drummer Brann Dailor’s mom was sitting in front of the stage watching her son play — Mastodon maintained a consistency of quality that’s served the members well for over 20 years. Canada’s Spiritbox opened the night with a half hour of thrashing metal that pleased the thousands who arrived early.