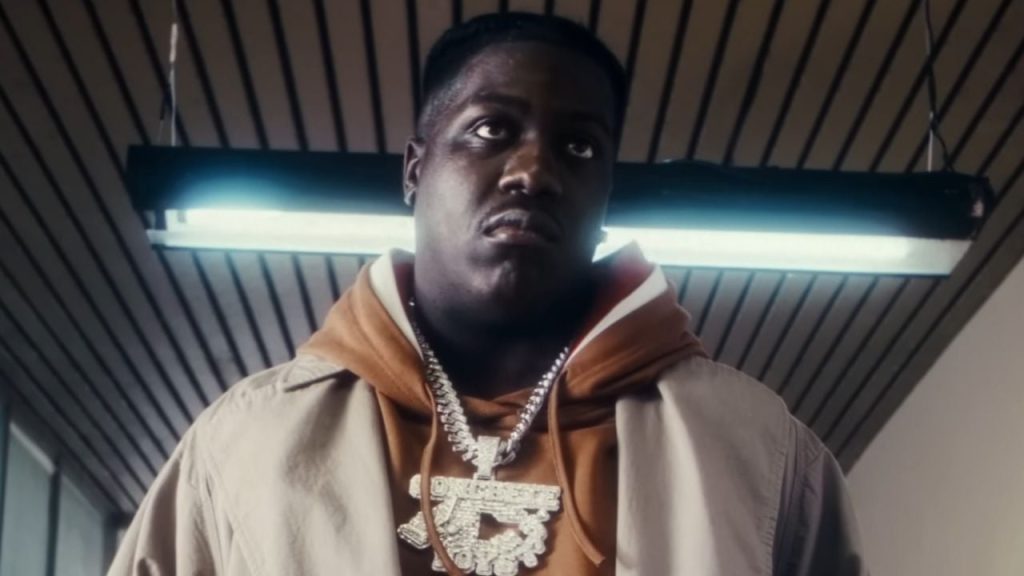 In anticipation of the release of his new album, Let’s Start Here, releasing on Jan. 27, Lil Yachty released an unsettling skit in which he goes to a facility — Department of Mental Tranquility.

Lil Yachty’s new skit opens with him entering the DMT (Department of Mental Tranquility) and ringing a bell to speak with the front desk. An older, foreign woman appears and asks him what kind of “treatment” he’d like to receive.

The camera then pans to a group of other patients waiting to be tended to and back to Yachty. This time he is dressed in a snazzy pinstripe suit and speaks directly to the audience.

“A man arrives at the precipice,” the well-dressed Yachty states. “And he’s simply asked a question.”

The clip cuts back to him asking if he is in the right place to sign up, where the woman brushes off his question and then excitedly says, “Let’s help you float, Mr. Boat.”

Rapidly, she fires off a series of questions at the “I Spy” rapper — “Have you ever wished you were somebody else? How often do you call your mother? Who’s the president?”

Some of the questions Yachty answers truthfully, others he responds with questions that go unanswered. Jarring zooms and angles of the front desk attendant and the seated patients are spliced together with his responses, which elevates and translates the “Poland” rapper’s unease to the situation.

After finally relenting and admitting that he’ll submit to the Department’s program, the woman is satisfied and states he’ll be in room 10. The two-time Grammy nominee then walks down a sterile, white hallway and enters a room caked in bright light.

Will this jarring, Kafkaesque tale reflect an experimental new sound from the ATL artist? Only time will tell.

Lil Yachty isn’t the only rapper returning to their musical roots. Newly released YSL rapper Gunna got his freedom back after accepting a plea deal for the YSL RICO charges.

He dropped a verse with German rapper, Ufo361 on a track called “BRODIES.” This marks Gunna’s first released verse since his release.