The summer may be slowly ending, but the ladies are bringing more heat into the fall. Lakeyah teamed up with Gloss Up in a new hot song and video, Jessie Reyez gave an announcement to her fans, Lola Brooke keeps her head in the game with an all-new track, and more! 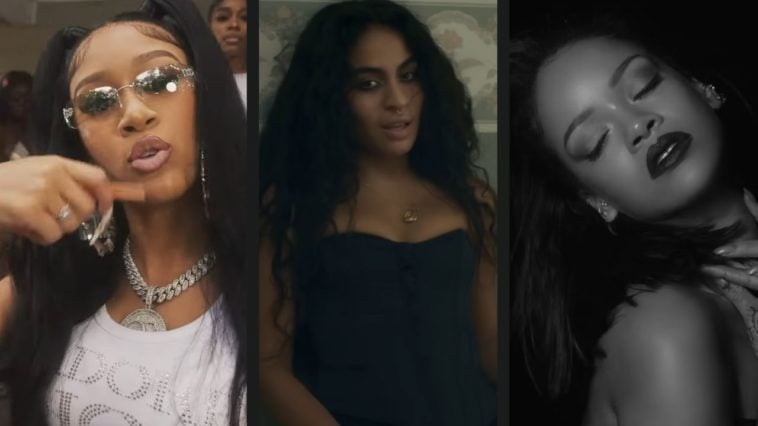 Milwaukee-born rapper, Lakeyah,  is making sure everyone knows she’s the realest in the game.

Her new track “Real B*tch” just dropped featuring labelmate, Gloss Up, and the ladies even gave us some visuals combo, which catches the pair hosting a “Real B*tch” pool party.

Toronto-based singer, Jessie Reyez, made a big announcement while in her hometown alongside Kehlani last night.

After two years, Reyez will drop her next album on September 16th.

Lola Brooke is setting the standard as she fearlessly steps into the rap game. The New York drill rapper released her new single “Gator Season,” available on all platforms.

Rihanna continues to expand her business ventures and files for a new trademark, “RiRi,” to be used for lip products, including lip liner, balm, tint, brushes, and more.

Spice isn’t afraid to ask a man about his “size.”

The Jamaican dancehall singer drops the official video to her single “Tape Measure,” giving her fans notes on the perfect package size.