Johanna Leia Proves Drake’s The Soundtrack To Her Life 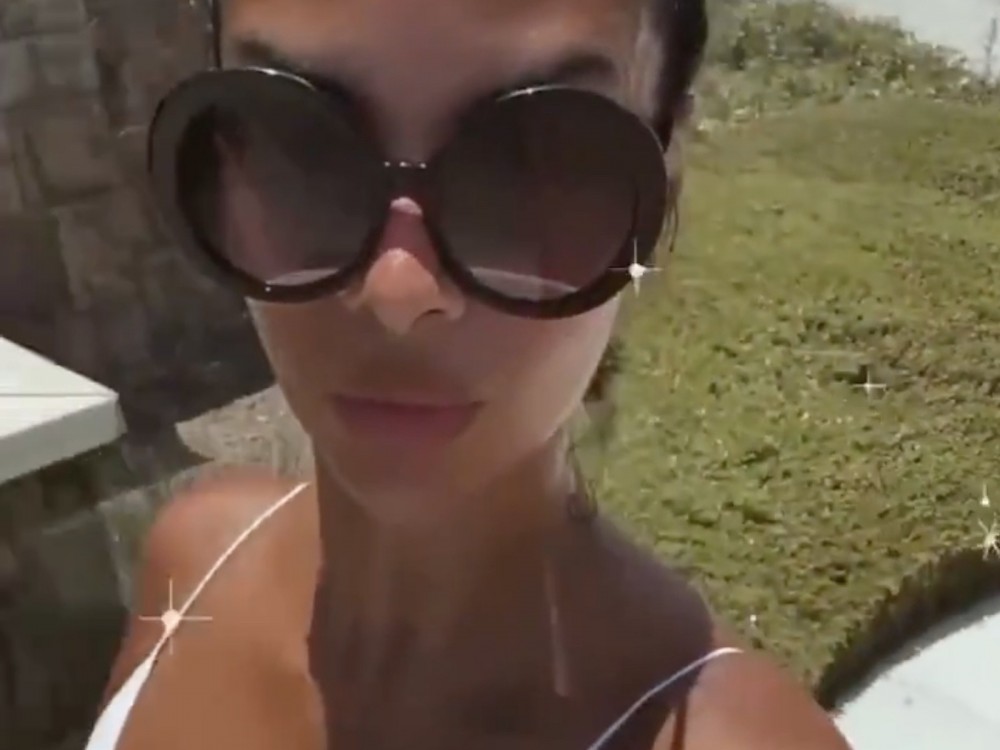 Leia hit up her Instagram Story and did the most. She shared a steamy clip of herself walking around with Drake’s “Laugh Now Cry Later” anthem playing.

Last week, Drake and Johanna made headlines after the 6 God rented out Dodger Stadium for a super romantic dinner. The duo were at a table for two along the championship team’s baseball field with a bartender keeping drinks coming.

Johanna’s A Reality TV Star, Too

Over the past few years, Leia has made a name for herself both from modeling and the Hollywood spotlight. The Chicago and Los Angeles-based mom’s TV fame dates back nearly five years.

In 2017, she starred on Lifetime’s Bringing Up Ballers reality TV series. Per the show’s IMDB synopsis, the series followed Leia and four other Chicago-area entrepreneurs “who will stop at nothing to ensure that their businesses are successful and their boys are on track to make it to the NBA. These ladies are anything but benchwarmers as they balance their households and businesses, while managing their sons’ daily practices and games. Together they are the ultimate Hoop Moms and are not afraid to call foul on each other as they fight to ensure their kids make it to the top.” (ELLE)

Drake’s also staying busy these days focusing on dropping his upcoming Certified Lover Boy album. Earlier this month, he went to his Instagram page with a very subtle but eye-opening update fans have patiently waited on. The Toronto native changed his IG bio to ‘Certified’ – an obvious and crucial nod to one of the most anticipated albums of the year. Drake hasn’t released a full-fledged studio album since 2018’s Scorpion and his most recent Scary Hours 2 EP bodied its competition with all three tracks landing on the Billboard Hot 100 Top 3.