Ye is experiencing a rough season as his comments, labeled anti-semitic, continue to spark major controversy. Jonathan Hay, a well-known Jewish celebrity publicist, has reached out directly to SOHH, to say the embattled rap icon, formerly known as Kanye West, is misunderstood. 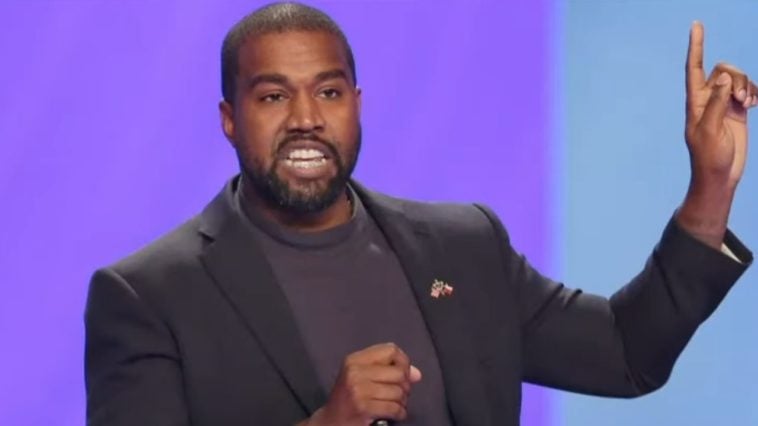 149 Views
Comments Off on EXCLUSIVE: Is Ye Anti-Semitic or Misunderstood? Jewish Publicist Jonathan Hay Weighs In + Who Still Stands With Ye?

While Kanye’s recent statements on major media platforms offended the Black and Jewish communities, celebrity publicist Jonathan Hay sees beyond what the media does. In a hefty statement, Hay, who is Jewish and has worked with big names including such as Whitney Houston, Ice Cube, Wu-Tang Clan, addressed the father of four’s media representation, fame, pain, and loss.

In his statement, Mr. Hay says he believes Ye is “profoundly misunderstood” by the media. He says Ye’s previous statements have been “grossly misconstrued and taken way out of context.” This is in reference to recent headline-making quotes that have been deem as anti-semitic.

Hay, who has decades of experience working in media, blames mainstream media outlets for methodically using just seconds of clips from hours of interview footage out of context.

“Ye has been saying hours and hours of positive and loving things that are being destroyed by seconds of statements misinterpreted as hate speech,” complains Hay. “Ye has cleared up all the antisemitism statements and repeadlty procalimed his love for Jewish people and his Jewish friends and business partners, but all that’s been burried beneath the surface.”

Ye Is Hurt And Publicly Grieving

Referring to Mr. West’s most recent Drink Champs interview, Hay believes the “Famous” rapper’s recent rants are a result of the trauma he has experienced which includes losing his mother, his recent divorce from ex-wife Kim Kardashian, and more. Hay says:

“hurt people, hurt people” – and that’s a transparent statement that is being wholeheartedly overlooked.”

Hay also suggests that Ye may be grieving publicly after his divorce, amongst many other things. He says:

“How have other people all across the world processed pain and dealt with divorce, breakups, deaths, work pressure, loss of friends, etc? The biggest difference about Ye and others is simply his massive platform to express his own severe pain and trauma.”

Hay then references the dark side of celebrity culture that can lead to self-destructive behavior and even suicide. He says fans and the public do not seem to recognize and respect the humanity of celebrities. “People tend to forget that celebrities are humans too,” says Hay. “And that money or fame can’t heal deep-seeded pain or emotional trauma, like Kurt Cobain, who committed suicide at the height of his career while also being a young father.”

After a plethora of outlandish statements, Kanye has lost nearly all of his allies in the business world. He was recently escorted out by Skechers after showing up unannounced to try and make a business deal with the company. He’s lost two of his biggest business clients, Aaron Donald and Jaylen Brown, from his Donda Sports brand.

More bad news surfaced for the Yeezy mogul after news broke about George Floyd’s family filing a lawsuit against him after making inaccurate statements about his death. J.P Morgan Chase also ended their business relationship, forcing him to move his funds into other accounts.

In other recent chaotic news, it was also reported that Ye’s mural, located in his hometown of Chicago, was covered in black paint as the controversy continues.

So Who Supports Kanye These Days?

Despite the mass fallout, Mr. West still has other supporters in his corner. Jonathan Hay added that he reached out to Ye’s team to come on board immediately as an official publicist. Additionally, Donda Sports president Antonio Brown recently said he would not be stepping down from his position at the sports agency. Russell Simmons also came to Kanye’s defense after his anti-semitism statements. The Def Jam co-founder encourages the Yeezy maker to create his own business at this point and support people in the community.