Why Don’t We Samples Smashing Pumpkins On “Slow Down” 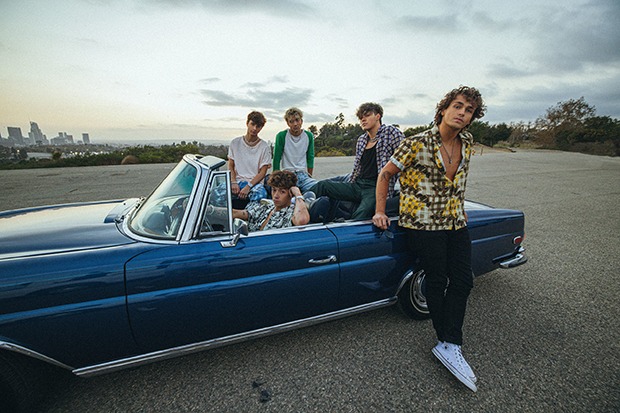 The reinvention of Why Don’t We has been one of the few good things to happen in 2020. After dropping 8 Letters, the boy band took a break to tinker with the sound and returned in September with a self-penned and produced pop/rock anthem called “Fallin’ (Adrenaline).” They followed that up with the equally catchy “Lotus Inn” and now “Slow Down” the tempo with their new, Smashing Pumpkins-sampling single. “I’ve been lying to myself and I might know why, I miss the way you looked at me before you left New York,” Why Don’t We begins the song.

“Slow down, I think that we just need to slow down, slow down,” the guys sing on the chorus over the unmistakable hook from Smashing Pumpkins’ “1979.” “Turn around, things were so simple way before now, ‘fore now.” What inspired the sample? “‘1979’ is such a beautiful song,” Daniel Seavey explains. “It’s so universal. Anyone can listen and enjoy it. When we were writing ‘Slow Down,’ we wanted to make it just as special. The song is personal and easy to listen to all at the same time. It’s nostalgic and new all at once.” Watch the video below.