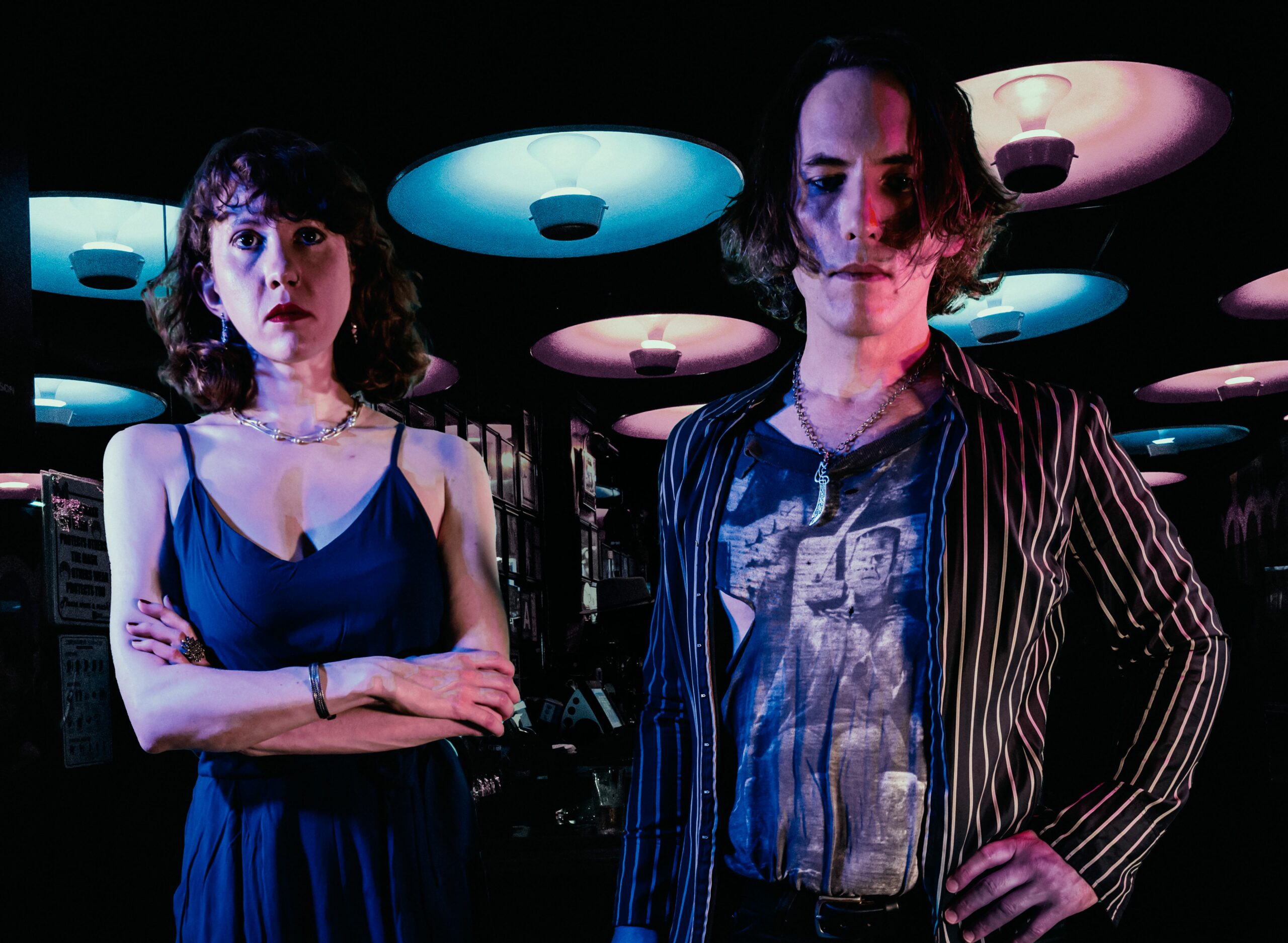 It’s fascinating to see how music evolves across time.  We currently have a clutch of bands which are definitely infused with 80’s synth pop, but with a dark twist while still retaining dancefloor friendly beats.

First track ‘Rose likes Leather‘ lays down the groundwork for the album.  Synths set the scene and lead singer James has a powerful emotive vocal with a slight quiver on the note but with such control.  Previous single ‘Dissonance‘ sounds like a speeded up Depeche Mode.   Evolution in music is inevitable, incorporating influences from different eras and genres. Veda Rays are adding their own imprint.

‘Gold Wave‘ demonstrates the range of Veda Rays, much slower in pace and more measured in tone but with a glorious hook.  This is followed by ‘Teeth Showing‘ which begins calmly but then builds throughout creating a wall of sound towards the end with the combination of electrifying guitars and pounding drums.  There are hints of Echo and the Bunnymen on ‘Strange Anniversary‘, one of my favourite tracks on this album.  It has a quirky angular dance quality but with shifts in pace and bursts of energy which feel like injections of adrenalin.  Again James’s vocal is ever present and ever central to this music.  ‘Coursing Through Veins / Days Bleed‘ is slightly different again opening with spinning synths before continuing into an emotive track with soaring vocals.  These lyrics are so dramatic and the delivery perfectly matches the sentiment.  I have no idea how James holds the notes for so long.

The album closes with ‘Fall In Fall In (All Down The Well)‘ which opens with a beautiful keyboard and synth loop before moving on to create another stirring track which builds very slowly until you realise it has captured you completely.  A fitting final track for Crucial Frictions, which is an album bursting with sounds and emotions and yet has a coherent thread running through it which is worthy of your attention.

In a recent interview with Torched Magazine, James was asked what can fans expect from the album.  He replied:

“They can expect the best, most realized Veda Rays material to date. I think it’s a fine document of the culmination of a certain era for us. I’m still trying to come up with an album title. I listened to it for the first time in a while the other night. Despite having ‘Rose Likes Leather’, ‘Dissonance’, and a few other lighter tracks, I find it to be a pretty emotionally heavy record, vibe-wise. That might just be me, though. I know it’s a tall order for the present times but I hope a lot of people get to listen to the whole thing undistracted, on headphones or good speakers. I think it stirs up psychic sediment, rouses sleeping shadows. We all need to stare into the abyss sometimes, right?!”