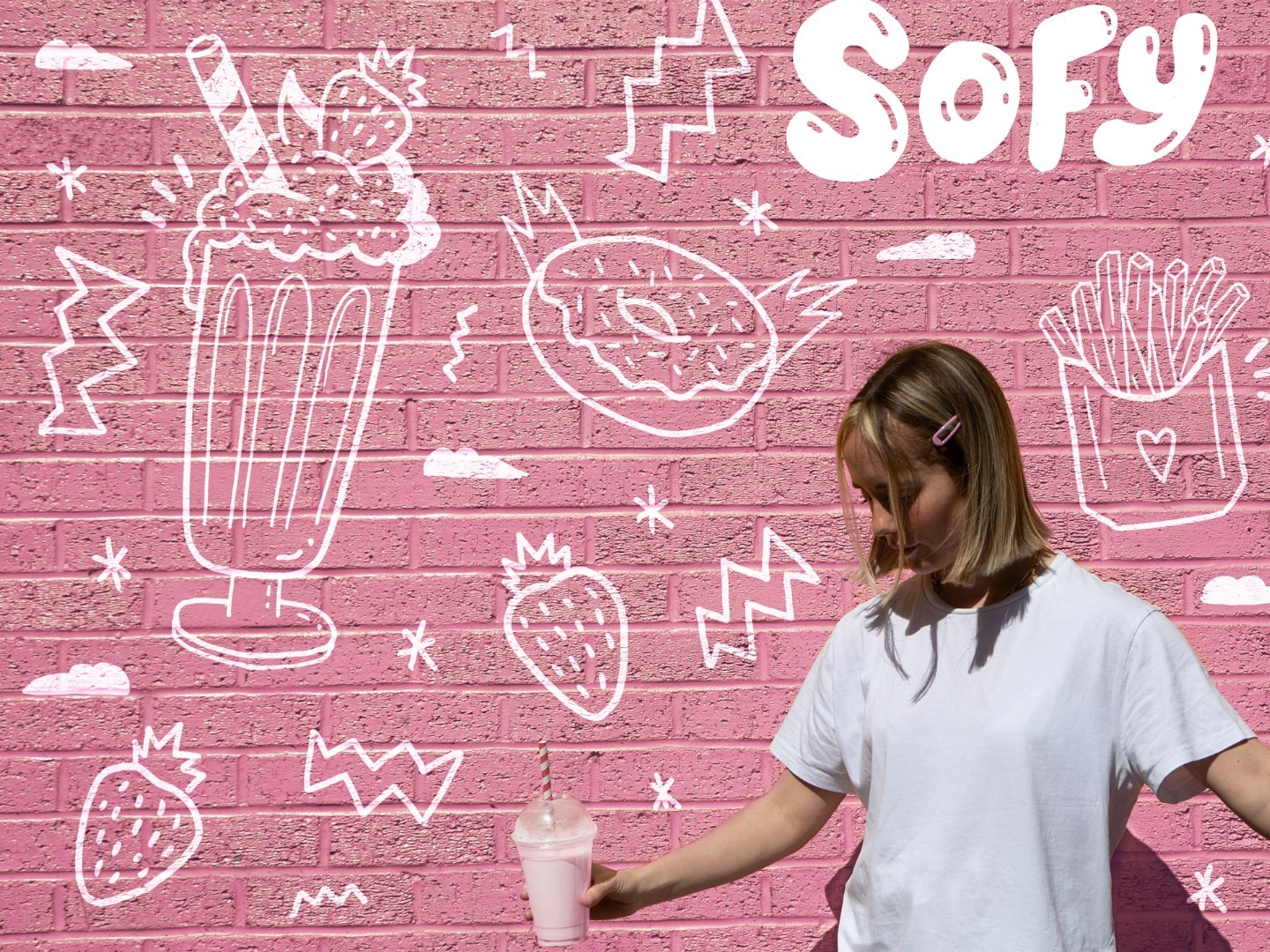 Olly is off on business this week, so Simon Godley and I are taking the reins for your weekly new music fix. Follow our playlist below, it’s updated every week with fresh sounds.

Why we love it: “The world sucks /but we don’t mind because it feels right” sings Leicester-born, London-based SOFY languidly over an easy swinging beat, and a shuffle of instruments. Refreshing and chilled this bittersweet ditty about enjoying your milkshake in Maccie ds in the sunshine despite the impending doom around you, slithering somewhere between the easy charm of Arlo Parks and the smarts of early Lily Allen. She recently won the respect of the Live Lounge judges for a demo of this track it’s easy to see why. Super sweet! (Bill Cummings)

Sun Atoms – Don’t Take Me To Your Leader

Why we love it: Welcome to Sun Atoms, a new project helmed by Jsun Atoms the Portland, Oregon-based artist and producer and former member of The Upsidedown and Daydream Machine. Featuring contributions from the Dandy Warhols’ guitarist Peter Holmström, The Black Angels’ Alex Maas, and mixed by the legendary producer Stephen Street, of The Smiths and Blur fame, Sun Atoms’ debut album Let There Be Light is scheduled for release on the 1st of October through Acid Test Recordings. The record’s lead single is ‘Don’t Take Me To Your Leader’ and it gently smoulders and burns with suitable psychedelic intent as it wends a delightful cosmic path to just about anywhere it damn well pleases. (Simon Godley)

Why we love it: ‘Tommy’ is the new single from Toronto’s Casper Skulls. The opening track from their forthcoming second album Knows No Kindness – out on the 12th of November via Next Door Records – ‘Tommy’ shares much of the intrigue and imagination that lies at the heart of the song’s subject matter. As the band’s singer/guitarist Melanie St-Pierre explains“Tommy is about a neighbour that Neil (Bednis) and I had when we lived on Caledonia St. in Toronto. He was an older British man and we would exchange pleasantries sometimes, but I never learned his real name.” This mystery man apparently put various items inside a nearby bus shelter to provide passers-by with happiness and joy. Repeated plays of the song that is written in his memory invoke very similar reactions in the listener. (Simon Godley)

Why we love it: Insistent keyboard scamper across your ears, like the theme tune to some b-movie horror, while Mila Puccini’s vocals are ghostly and evocatively lost in the darkness, swirling into a buzz sawed sea of distorted riffs its a trip into the unknown, a ghost ride into who knows where that touches on early Cocteau Twins, Siouxsie and the Banshees and Cranes and beguiling and ever so slightly unsettling it sounds utterly brilliant. Oakland, California’s The Acharis is the project of life partners Shaun Wagner and Mila Puccini, their upcoming album ‘Blue Sky / Grey Heaven’ was produced by John Fryer (Cocteau Twins, Depeche Mode, This Mortal Coil) and on this evidence, we can’t wait to hear more! (Bill Cummings)

Why we love it: Planet (i) is the second album from Squirrel Flower, the musical project of American musician Ella Williams. The follow-up to 2020’s I Was Born Swimming was recorded in Bristol last autumn with the English producer Ali Chant and released this July to what we’re universally strong reviews. ‘Starshine’ is one of many stand-out songs on the new record and here we get the opportunity to see and hear the track on an Audiotree live session video. Brooding with a dark, sensitive beauty ‘Starshine’ is the sound of an artist fast approaching the peak of her considerable powers.  Catch Squirrel Flower’s first full-band the UK and Europe tour early next year. (Simon Godley)

Waltzing and subtle this deceptively meditative lullaby enchants and delivers a sting in the tail, showing an impressive deftness of touch that builds from spindly guitars and swirling rhythm, into a swaying delight with touches of Big Thief and Broadcast. “A burglar is coming to take my time away” croons Anouska resigned tone, before offering. “You said I was nothing but a dream. But I said you were nothing.” An enveloping and bittersweet offering!

Why we love it:  Montreal’s Ada Lea (the moniker of Alexandra Levy) releases her new album, one hand on the steering wheel the other sewing a garden, this week on Saddle Creek. Opener ‘damn’ is a marvellous track, that tiptoes through nagging guitar riffs and swirling percussion, it’s a masterful song cycle that’s a stream of consciousness that has hints of Dylan and Joan Baez. Tapping into the narrative that transports you to the events of a cursed New Year’s Eve party, and laced with an anxious existential quality that spirals into a wonderful anthem for post-pandemic confusion: sprawling, literate and fantastic. (Bill Cummings)