They’re Back! Why Don’t We Announces New Single “Fallin’” 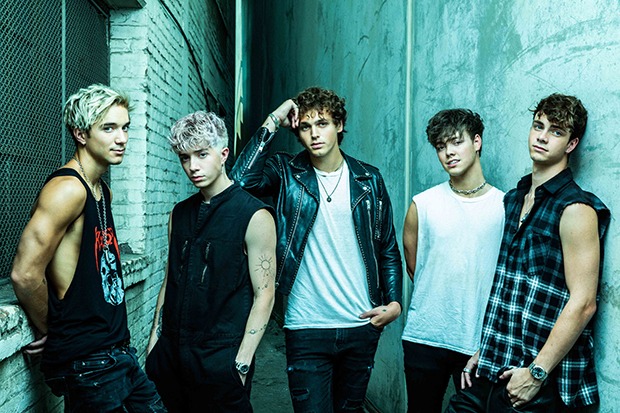 Why Don’t We has returned from a nine-month hiatus with exciting news. Their new single “Fallin’,” which they wrote and produced, drops on September 29. The rising boy band shared the cover art on social media and revealed a physical release. (You can order a CD single signed by the member of your choice!) It’s the quintet’s first release dropping seasonal anthems “Chills” and “With You This Christmas” in December. Since then, they have been in the studio tinkering away at their much-anticipated sophomore LP.

The group’s debut album, 8 Letters, arrived in 2018 and debuted at number 9 on the Billboard 200. Why Don’t We got straight to work on the followup, releasing a steady stream of singles in early 2019 including “Big Plans,” “Cold In LA,” the Macklemore-assisted “I Don’t Belong In This Club,” “I Still Do” and the Ed Sheeran-penned “What Am I.” It will be interesting to see if any of them make the cut for WDW2 or if they were simply stand-along singles. Check out the band’s announcement below.