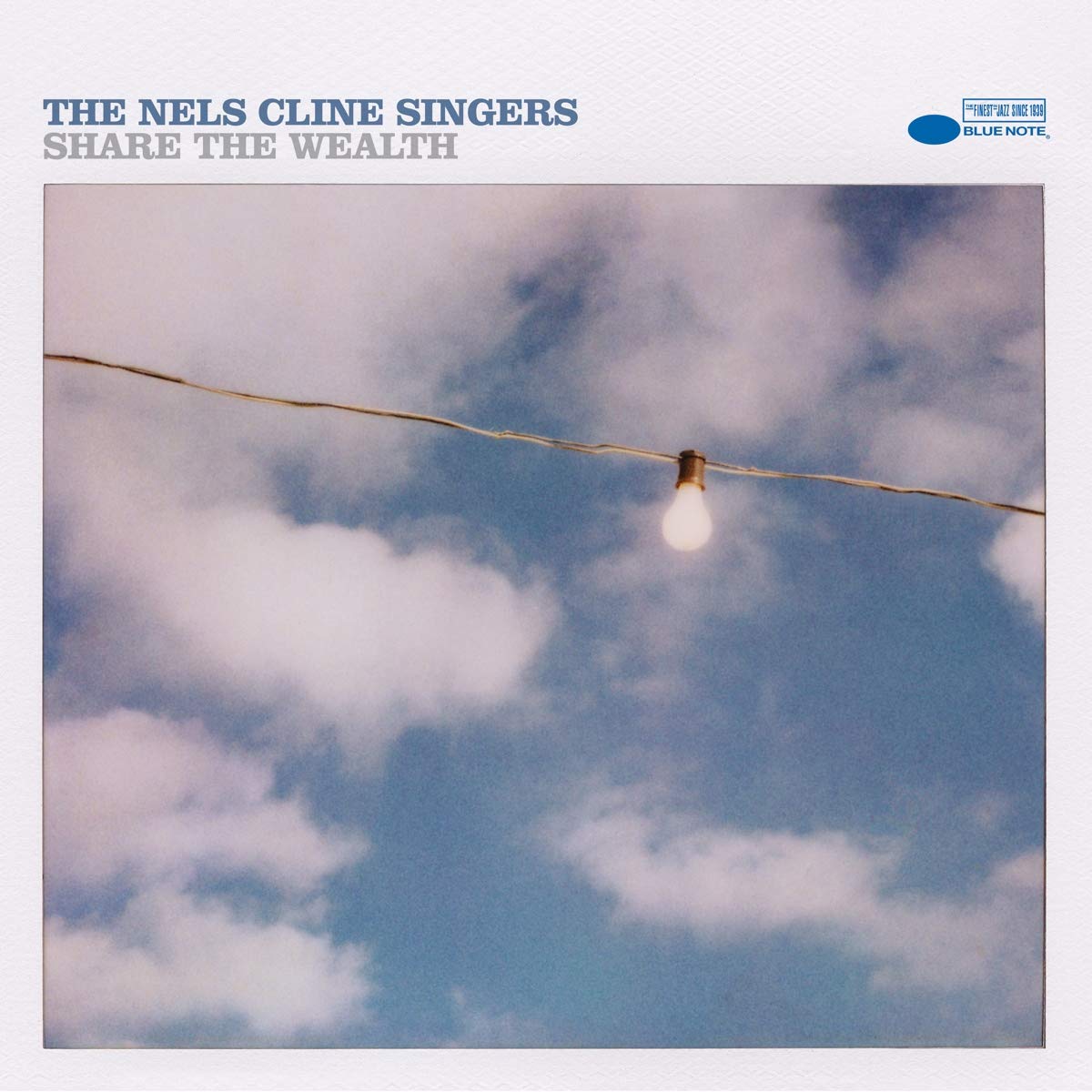 For his third release on Blue Note, following the solo album Lovers and The Nels Cline 4’s Currents, Constellations, the world-class guitarist best known these days for his work with Wilco has revived the appellation of The Nels Cline Singers. As acolytes are well aware, there are no vocalists in this group, which released a series of recordings on the Cryptogamophone label in the 2000s, revived the name in 2014 for a Mack Avenue one-off, and then went back into hibernation. When Cline returns to his “Singers,” it means he’s ready to venture way out into the land of the free, and sure enough that’s what’s happening on this new 10-track double album. Share the Wealth, like previous NCS recordings, is unpredictable and joyous, as well as explosive and explorational. It features saxophonist Skerik, keyboardist Brian Marsella, bassist Trevor Dunn, drummer Scott Amendola and Brazilian percussionist and Trey Anastasio Band member Cyro Baptista alongside Cline; each is a virtuosic, risk-taking musician. Electronics are ubiquitous on Share the Wealth, but never used frivolously: On tracks like the 17-minute “Stump the Panel,” the stomping “Beam/ Spiral” and “A Place on the Moon,” the array of gizmos is incorporated seamlessly, the ultimate goal each time to create atmospheric vistas that invite repeat visits. But the more conventional instruments— Skerik’s tenor saxophone, Baptista’s “percussion universe,” as it’s billed, and Marsella’s keys—certainly aren’t just along for the ride, as each is essential to the sonic totality. Yet, at the same time, they never forget whose “Singers” they are, and Cline shines throughout, truly one of the most versatile and intrepid six-string madmen we’ve got. Please enjoy this full-length feature from our Oct/Nov Issue. Relix will donate $5 from each subscription to The Waterwheel Foundation’s Divided Sky Fund