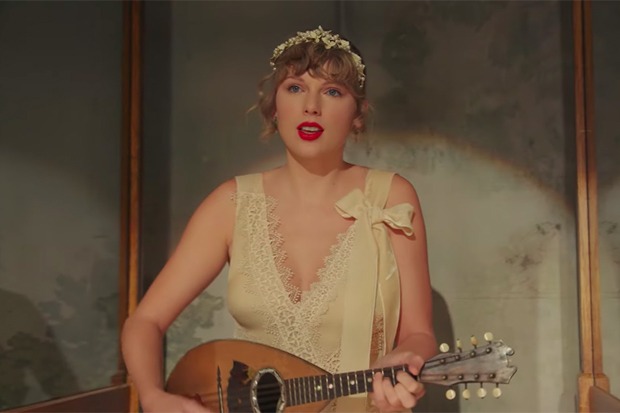 Taylor Swift sure knows how to drop a bombshell. Like earlier today (December 10) when she casually fired up her social media platforms to let fans know that she was releasing a new album. TONIGHT. evermore, a bookend of sorts to folklore, is here and it promises to be another triumph if “willow” is any indication. Produced by Aaron Dessner, Taylor’s latest is another lilting love song that showcases her masterful pen. “I’m like the water when your ship rolled in that night,” she begins. “Rough on the surface, but you cut through like a knife.”

The Grammy winner reveals her feelings on the chorus. “The more that you say, the less I know,” she sings. “Wherever you stray, I follow.” In some ways, “willow” can be thought of as a sequel (or prequel?) to “cardigan” and that is reflected by the self-directed video. In it, Taylor disappears into another world via her magical piano and soon finds herself indulging in a little romancing, dancing and adventure. All in all, it’s a tantalizing introduction to the evermore era. Watch below.