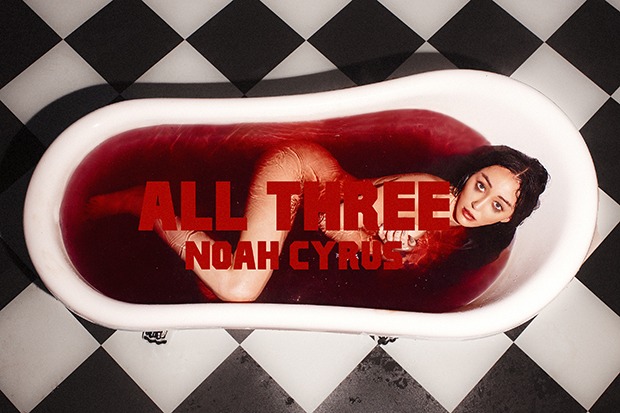 2020 has been a breakthrough year for Noah Cyrus. “July” continued to rack up huge streaming numbers on its way to being certified double platinum and The End Of Everything was met with rave reviews. The 20-year-old then nabbed a well deserved nomination for Best New Artist at the Grammys. She now closes out the longest 12 months in recorded history with a new single called “All Three.” Twisted, raw and relatable, the ballad is about being absorbed into a destructive relationship.

“I really hate when you say you love me, those spoken words are wet concrete,” Noah begins the song. “And in your arms, I feel so lucky, weightless when you lie on me.” That takes us to the clever chorus. “But darling if I could, I would fall for someone good someone good for me,” she purrs. “But we’re suckers for the thrill, playing fuck, marry and kill — honey, you’re all three.” Listen to the breakout star’s next viral hit below.