Should Have Been Bigger: Maroon 5 & Rihanna’s “If I Never See Your Face Again” 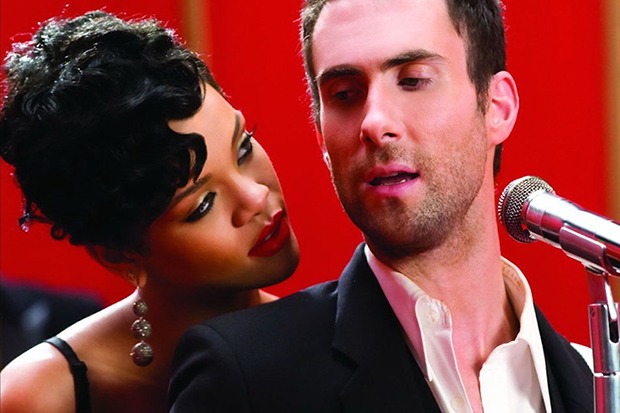 If Maroon 5 and Rihanna joined forces today, the song would be a surefire number one hit. As such, it’s somewhat surprising to note that their 2008 collaboration, “If I Never See Your Face Again,” only peaked at number 51 on the Billboard Hot 100. Quality wasn’t the issue. This is an example of Maroon 5 at their sing-along best. “Now as the summer fades, I let you slip away,” Adam Levine begins the song. “You say I’m not your type, but I can make you sway.” RiRi then steps up to the mic.

“Now you’ve gone somewhere else far away, I don’t know if I will find you,” the Barbadian superstar coos. “But you feel my breath on your neck, can’t believe I’m right behind you.” The collaborators come together on the funk-heavy chorus. “‘Cause you keep me coming back for more and I feel a little better than I did before,” they harmonize. “If I never see your face again, I don’t mind ’cause we got much further than I thought we’d get tonight.” Throw in the stylish video (below) and you should have had a top 10 hit.

What happened? Maroon 5 rolled out “If I Never See Your Face Again” as the fourth single from 2008’s It Won’t Be Soon Before Long and the project had ran out steam somewhat by then. Interestingly, the song was originally pitched to Janet Jackson. Label issues arose and the band offered the feature to Rihanna instead. I think it was ultimately for the best (I can’t imagine Janet on this), but the idea of Miss Jackson collaborating with Maroon 5 is mouthwatering. Revisit the underrated single below.