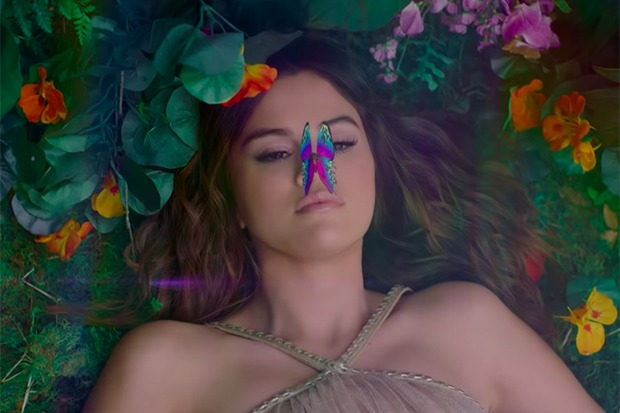 2020 has been another wildly successful year for Selena Gomez. The pop star/entrepreneur launched a makeup line, hosted and produced a cooking show for HBO, and topped the Billboard 200 with Rare. Given the timing of its release (at the very start of the pandemic), it took on special significance for fans. “There’s this bittersweet feeling, of course,” she tells Billboard. “I would much rather the world be in a better place. Yet at the same time, it was so beautiful to see that my music could hopefully bring some people some sort of joy in the midst of it.”

Selena also opened up about “Ice Cream,” her hit collaboration with K-Pop queens BLACKPINK. “[They are] an incredible group and their album is awesome, and I thought it would be so fun to step into a whole different world, so it was a no-brainer,” the 28-year-old elaborates. “It was very different from any music I’ve done, but that was the point. The idea of doing something with a dominant girl group, bringing their culture here — and obviously they did equal for me over there — it just seemed so perfect.”

Here’s where it gets exciting. Selena says she has “a whole little vessel of good things coming” including a potential Spanish-language project. “It’s nice to know that Rare became what it became for me,” the hitmaker says. “And obviously I would like to say that it was the best album that I’ve released so far. But that doesn’t mean that I’m not gonna challenge myself for the next.” Read the full interview here.