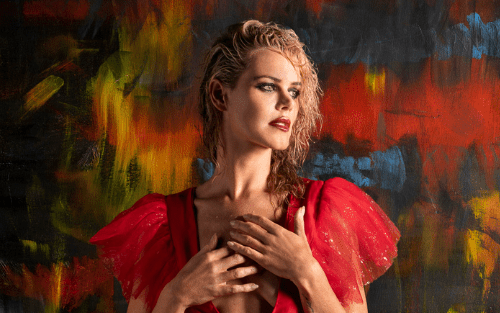 After back-to-back successful releases, Texas-native singer-songwriter Kelly Monrow seems to be preparing to drop a new music video for “Wounds.” The track comes off her latest album Scars of Venus that include songs like “Wake Up,” “Ain’t Mine,” “Jagged Heart” and “The Woman.”

Monrow is a gift that keeps on giving due to her non-stop creative drive. The actress and performer has big plans for the coming months, among which are dropping new music videos, giving live concerts, and a feature film project titled, Three Days Rising, starring Mickey Rourke, Peter Greene, Bo Dietl, Vincent Young.

“Art is art. I don’t think when you are truly being creative there is a lane you ever need to stay in,” says Kelly, also known as Kelly Dowdle. She continues, “Kelly Monrow is my stage now for singing because I wanted to create my own path within the music industry and it’s a fun way for me to get out of my own way and be playful and creative through a different channel.”

Starting out with Country music, Kelly Monrow’s sound evolved over time, integrating different genres like Americana, Southern Rock, and Pop. The new record, Scars of Venus, is living proof of her development both as an artist and as an individual. And as she confesses it herself, “This album is a collection of songs of me stepping into womanhood and owning my past.”

Listen to Scars Of Venus here: