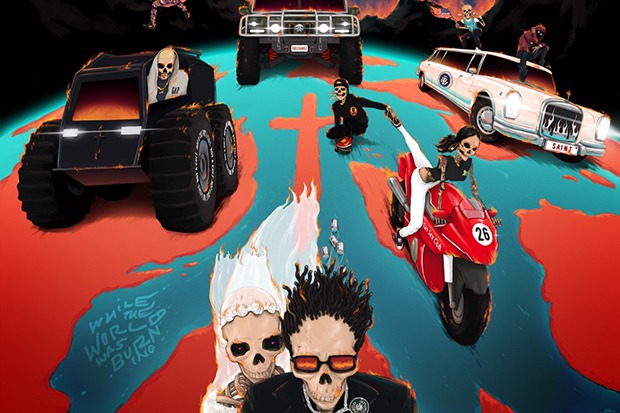 SAINt JHN ranks as one of the breakout stars of 2020 thanks to the unstoppable “Roses — Imanbek Remix,” which racked up more than one billion cumulative streams on its way to number four on the Billboard Hot 100. As expected, the Guyana-born, NYC-raised artist includes that banger on his just-announced third album, WHILE THE WORLD WAS BURNING (due November 20). The 13-track offering is inspired by the doom and gloom of 2020 as song titles like “Freedom Is Priceless,” “Quarantine Wifey” and “Time For Demons” attest.

WHILE THE WORLD WAS BURNING is also notable for the number of A-List collaborators. Lil Uzi features on “High School Reunion, Prom,” while DaBaby and A Boogie wit da Hoodie contribute verses to “Monica Lewinsky, Election Year.” Other artists making an appearance include Kanye West (“Pray 4 Me”), 6LACK and Kehlani (“Ransom”) and JID (the aforementioned “Quarantine Wifey”). Check out the full tracklist of SAINt JHN’s much-anticipated album below and pre-order a copy here.

SAINt JHN’s WHILE THE WORLD WAS BURNING tracklist: