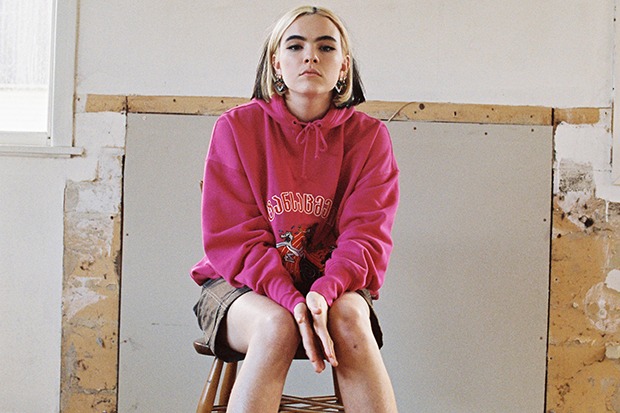 BENEE’s much-anticipated debut album, Hey u x (due November 13), takes shape with the arrival of “Plain” — a new single featuring Lily Allen and Flo Milli. “You and your friends watching me, knowing I’m better than you’ll ever be,” the New Zealand newcomer begins the song. “I liked a picture of you and your misses, it’s cool to see you’re out there getting bitches.” She might be over it, but BENEE throws a little parting shade on the chorus. “What a shame your girl’s so plain,” the 20-year-old sings. “She’s got nothing on me.”

Lily Allen then steps up for her verse. “I was dumb to give you my love, we had some fun, it was never enough,” the Brit sings. “You’ve got these traits and they’re just so unappealing, I should have left when I first had that feeling.” Flo Milli is even more direct. “Oh you into them plain Janes now, looking like your standards went way down,” the rapper spits. “Showing her off she ain’t even all that, I guess you like your new bitches lame now. Ouch! It tuns out the song is meant to be a raised middle-finger to an ex.

“I wanted to make it a song someone could listen to when they find out their ex is with someone new,” BENEE explains in the press release. “The feeling sucks, so I wanted ‘Plain’ to make ya feel like you have the upper hand. Lily and Flo Milli both have such cool sass, and both their verses really elevated the track.” Listen to “Plain” below.