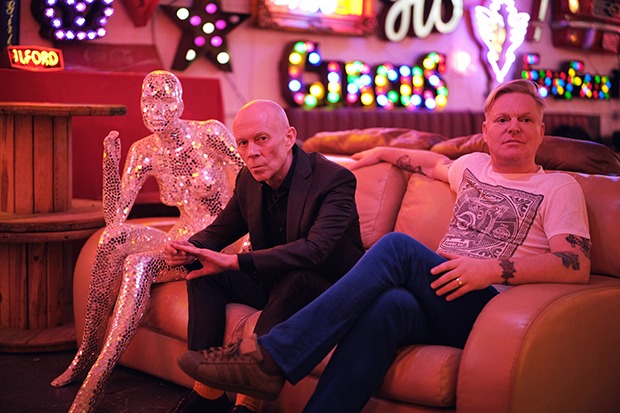 With classic hits like “Sometimes,” “Victim Of Love” and “A Little Respect,” UK synth-pop duo Erasure helped shape the sound of clubbing in the ’80s and ’90s. Their influence on dance music lives on and the duo continues to churn out bops. Their 18th album, The Neon, arrived in August and it’s jam-packed with bangers. One of the highlights is “Fallen Angel,” which now becomes even more danceable thank to the arrival of a remix courtesy of Georgia. In the “About Work The Dancefloor” hitmaker’s hands, Andy Bell and Vince Clarke’s nostalgic bop has been thoroughly revamped.

“I was so fed up with myself, I had to change my ways,” Andy sings in that instantly recognizable voice. “Almost fell off a cliff, I had to learn to fly.” That takes us to the chorus, which sounds like 1985 via 2020. “Fly like a fallen angel, love just like it’s second nature,” he belts. “I tried all of the things that give me love.” Georgia turns out to be a perfect fit for the song, and she was thrilled to earn a spot in Erasure’s discography. “It was a privilege to remix one of the best and most iconic bands ever,” the breakout star enthuses.

We are very excited to premiere Erasure’s “Fallen Angel (Georgia Remix)” below.