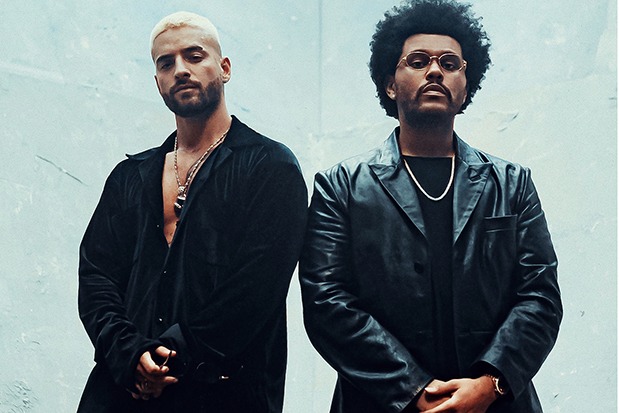 Maluma’s “Hawái” already ranks as one of the biggest Latin hits of 2020 with more than 800 million cumulative streams, but it’s about to get a whole lot bigger. Today (November 5), the Colombian hitmaker rolls out a remix featuring The Weeknd. “So now he’s your heaven, you’re lying to yourself and him to make me jealous,” the R&B superstar croons. “You put on such an act when you’re sleeping together, all this cause I said I don’t want marriage.” He then sings the chorus in Spanish, before Maluma takes over.

How did the collaboration come about? “For him, it was like he was doing reggaeton for his whole life,” the 26-year-old tells Apple Music’s Zane Lowe. “I knew that his voice in the song could work amazing. And that’s what happened. At the beginning, when I listened to the first verse when he just started the song, that we changed the whole intro of the song, I put his vocals there, I was like, ‘Bro, this sounds like The Weeknd’s song.’ I couldn’t believe how good it was mixing his vocals with my vocals.” Watch Maluma’s “Hawái” remix video below.