Our cat, Bertie, bloody loves this album. Often a  manic and energetic moggy, you can clearly see his blissful demeanour in the attached photo, after just a few tracks from Pause‘s wintry chill.

This is Brighton based composer Poppy Ackroyd‘s fourth album, and if she doesn’t, at some point, win an Academy Award for scoring a classic film, then the world’s a sicker place than I ever imagined it could be. 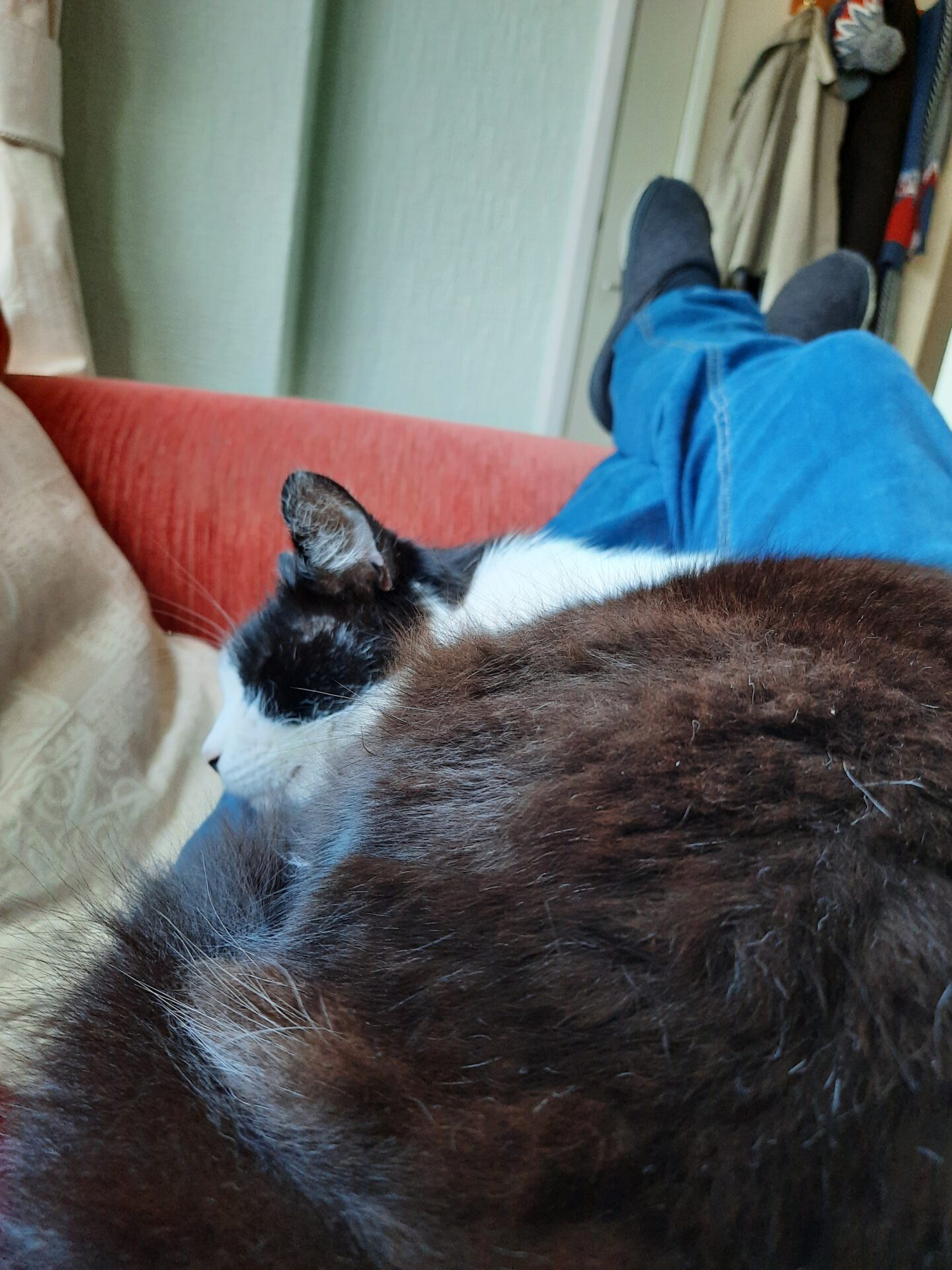 Pause was conceived after Ackroyd had given birth to her son. She says: “The only thing I wanted to do while he was still small, if I wasn’t with him, was to play the piano. In fact, much of the album was written with him asleep on me in a sling as I used any quiet moment to compose.”

It’s an interesting thought, because while there is clearly a lot of love in these recordings, they feel a lot more Schindler’s List than, say, Three Men And A Baby, such is the sombre tincture of the first half of the album. At no point does it FEEL like one that purveys the joy of motherhood, except perhaps on the Einaudi like arpeggios of the beautiful ‘Flutter‘, but that doesn’t make Pause any less heartwarming. It’s a gorgeously warm album, despite what I said in the first paragraph about a ‘wintry chill‘.  I guess what I’m getting at is something like a freezing cold day, perhaps conjuring images of trees layered with snow, while you’re wrapped up all snug in warm, hugging clothes, walking through cinematographically scenic winsterscapes, arm in arm with a dear loved one. That is, in a nutshell, what Pause sounds like, to me.

It seems crass to try to compare Ackroyd with other songwriters and composers but there’s maybe a little Debussy coming through here and there; regardless of this, she really does stand out on her own here, all of these tracks having been written on piano and exuding such character that surely it’s only a short matter of time before she is fully recognised and enlisted to score films on a regular basis.

Ackroyd says that it “made sense that this album should be a solo piano album. I used extended technique – playing with sounds from inside the instrument – like I do in my multi-tracked recordings, however it was important to me that every track on the album could be entirely performed with just two hands on the piano.”

Well, I think we should all give her another hand – a BIG hand – for creating such a mesmerising piece of work. Lovely stuff.

Pause is out now on One Little Independent.