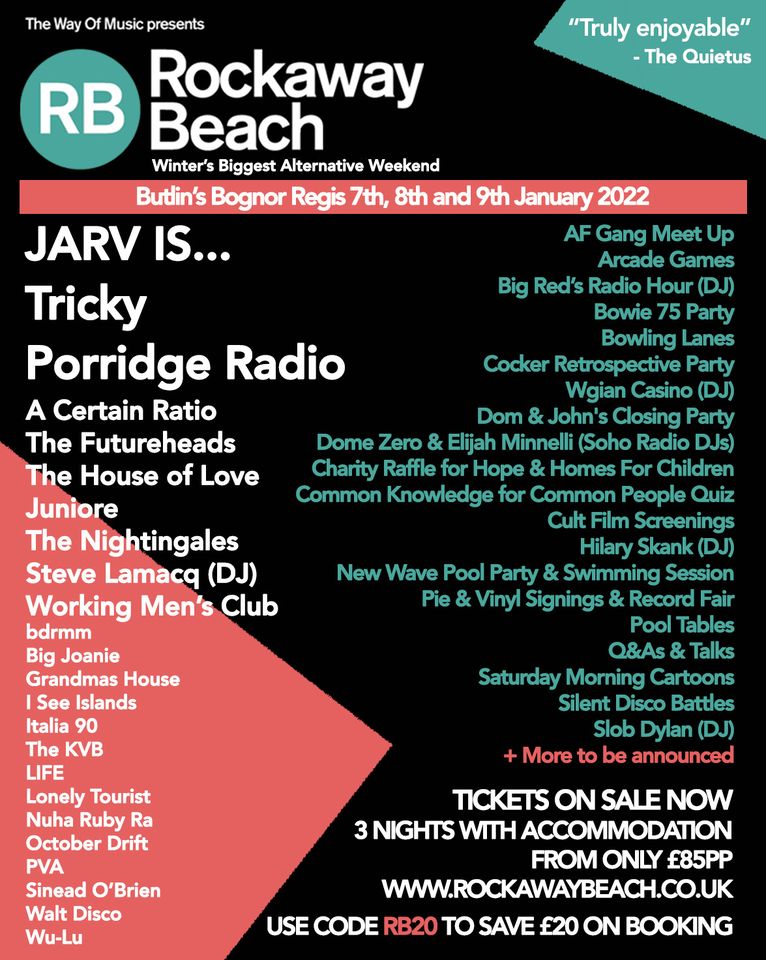 In exactly seven weeks’ time and after an enforced absence of two years, we will be making a most welcome return to the county of West Sussex on the south coast of England for the consistently marvellous Rockaway Beach Festival.

It has just been announced that even more great acts have been added to an already impressive line-up. TV Priest, The Fall-alumni Imperial Wax and fuzzed-out five-piece Moderate Rebels will now be appearing at the sixth edition of what is winter’s biggest alternative weekend. They will be joined in Bognor Regis in January by Joe Talbot (IDLES), Astral Elevator v T8MHC and Johny Brown (The Band of Holy Joy) who will all be performing DJ sets at the festival.

The previously announced headliners for the event are JARV IS…, Tricky, and Porridge Radio, alongside an incredibly strong supporting line-up which includes, amongst many more besides, A Certain Ratio, The Futureheads, The House of Love, Juniore, The Nightingales, Steve Lamacq (DJ), and Working Men’s Club.

Tickets can be booked HERE