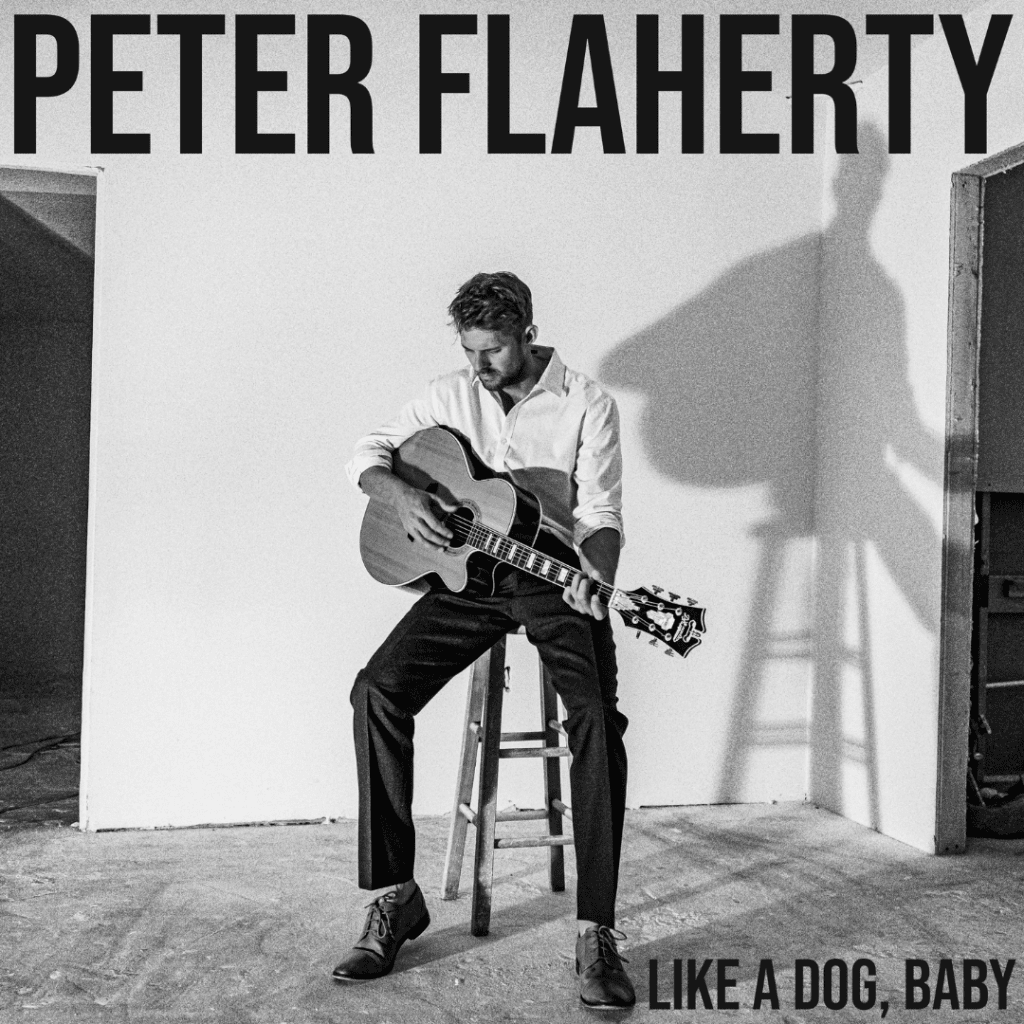 Multi-talented singer-songwriter, Peter Flaherty, talks about his most recent album Like A Dog, Baby that offers a 15-track setlist, including songs like “Horses and Tidal Waves,” “Give It Up,” “Country,” “Circles,” “Validated,” “Only Sun,” and “Ocean Blue.” The record follows a way, my love and is produced/engineered by Steven Clark.

Peter Flaherty explains the approach he took to create the new album, “I’ve sort of adopted a strumming technique… It’s hard to explain, but I use a lot of my fingers while I’m strumming. It adds a bit of percussion and depth to the acoustic sound, but it also helps me keep better timing.”

Like A Dog, Baby was initially thought to be made as a sequel to a way, my love; “it was going to be named apart too, with similar album art,” says Flaherty, admitting that his creative process “for this project was the same. Listening back, they are similar, but they both have their own vibe. So, I think it was the right decision.”

Being a fan of diverse musical genres, the Indie-Folk singer-songwriter has had many influences while growing up, including, Sublime, Garth Brooks, Usher, The Offspring, Tool, Eminem, Blink-182, Tim McGraw, Lynyrd Skynyrd, Bob Marley, and Jack Johnson. Flaherty recalls, “My parents would always have music playing too. We’d wake up to Enya, eat dinner to Sinatra, and dance to the 80’s.”

He continues, “My cousin James introduced me to some of Dallas Green’s earlier solo stuff, before City and Colour. I think I was about fifteen. I remember being very inspired. It opened my eyes-up to the stripped back acoustic genre and to another realm of possibility as a songwriter.”

Peter Flaherty’s Like A Dog, Baby is an acoustic album that leans toward the folk direction. He clarifies that the style evolved in the studio and Steven Clark “did a great job keeping the sound fluid, I think together we’ve created some unique sounding acoustic tracks. Carving our own little path in the annals of folk-ish music.”