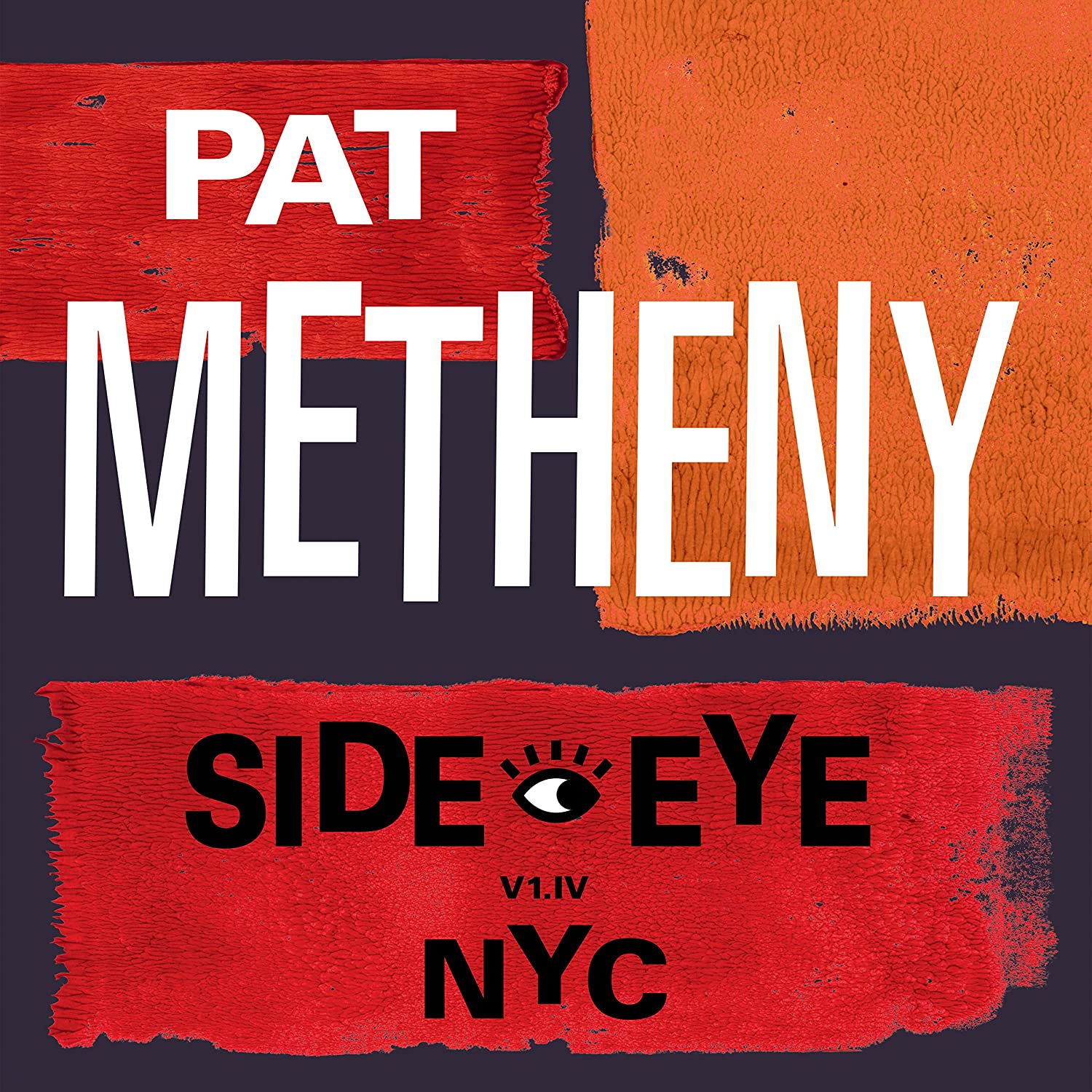 Pat Metheny does not like to repeat himself. In a discography that now numbers more than 50 albums recorded over a 45-year span, the NEA Jazz Master guitarist has rarely traveled the same route for very long. His eclecticism and musical voraciousness have earned him 20 Grammys in a dozen different categories (the only artist to do so), and while most of those fall into some variation on jazz, Metheny continues to shrug away accepted definitions of genre like some annoying fly. By those standards, the idea governing Side-Eye NYC (V1.IV) might seem relatively unadventurous. Side-Eye itself is Metheny’s ongoing trio featuring a rotating cast of young, innovative New York-based players, most notably keyboardist James Francies, who is currently signed to Blue Note Records as a leader. When Side-Eye returns to touring, the drummer will be New Orleans’ Joe Dyson, but when the group made the music that comprises this recording at a pre-pandemic concert, it was Marcus Gilmore, grandson of another jazz giant, drummer Roy Haynes, who was perched on the stool. For the session, Metheny and company take on both established material from the guitarist’s previous releases and new compositions; among the latter, “It Starts When We Disappear,” at nearly 14 minutes, is the most extensive and colorful piece on the album. Throughout the track, Metheny emphasizes the group dynamic, keeping his own solos brief and potent. Other tunes will be recognizable instantly to Metheny acolytes, including the title track from the leader’s debut, “Bright Size Life,” updated but familiar. “Turnaround,” an Ornette Coleman classic from the saxophonist’s groundbreaking second album—which Metheny has performed with other ensembles— swings steadily while retaining the edge of the original. The Pat Metheny juggernaut continues here.Please enjoy this full-length feature from our July/August Issue. Not a subscriber? Show your support for only $2/month